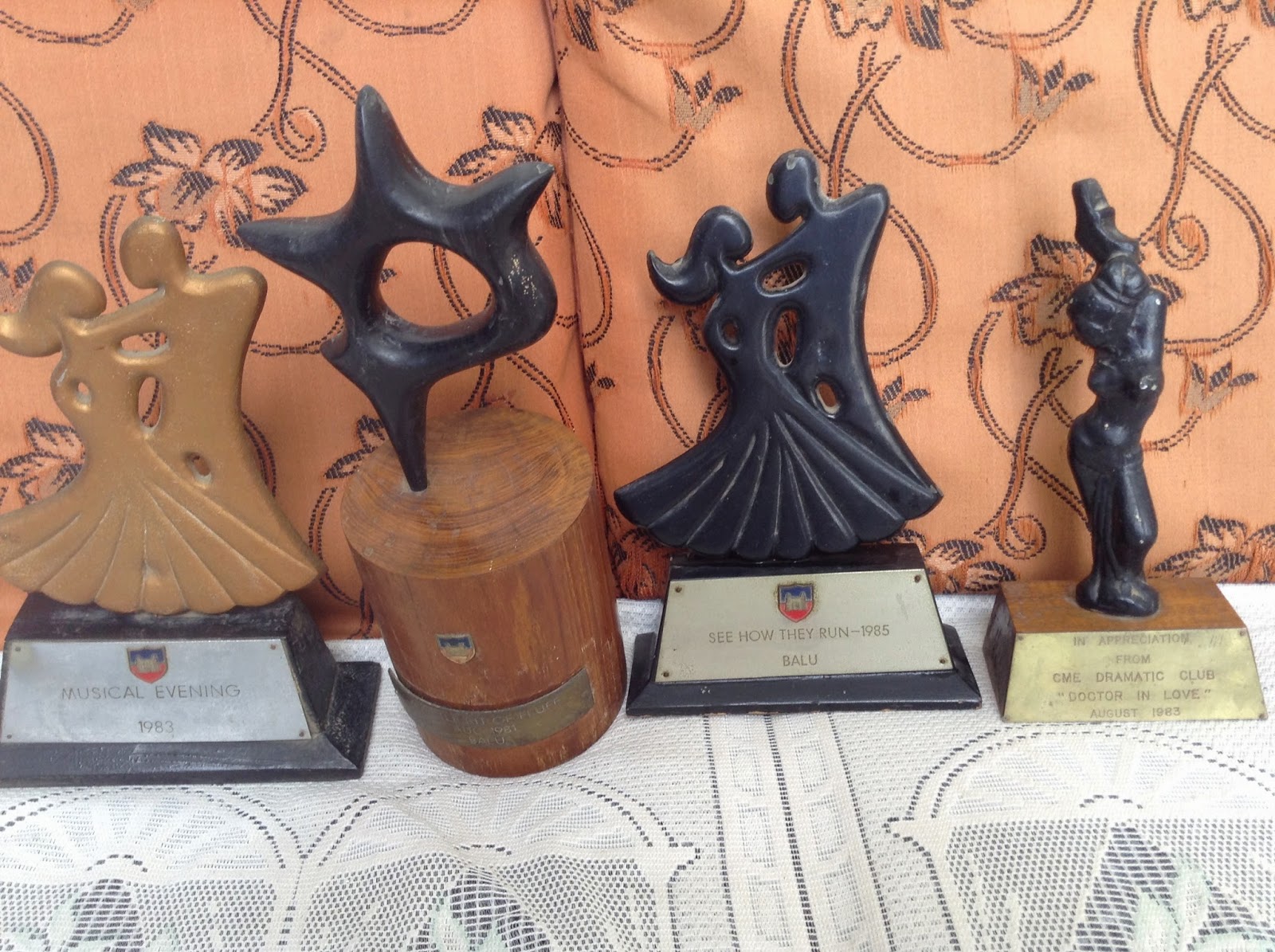 How often do we take stock of the trivia that have been 'living' with us? We do acknowledge them with a smile or a touch now and then. It was during the recent 'repaint the house' project that all my collectibles came together and vied for my attention. As I lovingly tried to bring back their original sparkle, each took me for a stroll down memory lane .......

Allow me to present glimpses of some of the exclusive stuff that have been occupying a space of their own at our place. Not necessarily dear cost-wise but definitely dear to our hearts. Not huge or expensive but definitely unique and irreplaceable.

You see I have these shells - from my parents. The shell lamp is a souvenir of my father's tenure in Port Blair as Principal Engineer in the sixties - custom-made; he had very thoughtfully got one made for the parents as well as for us children. 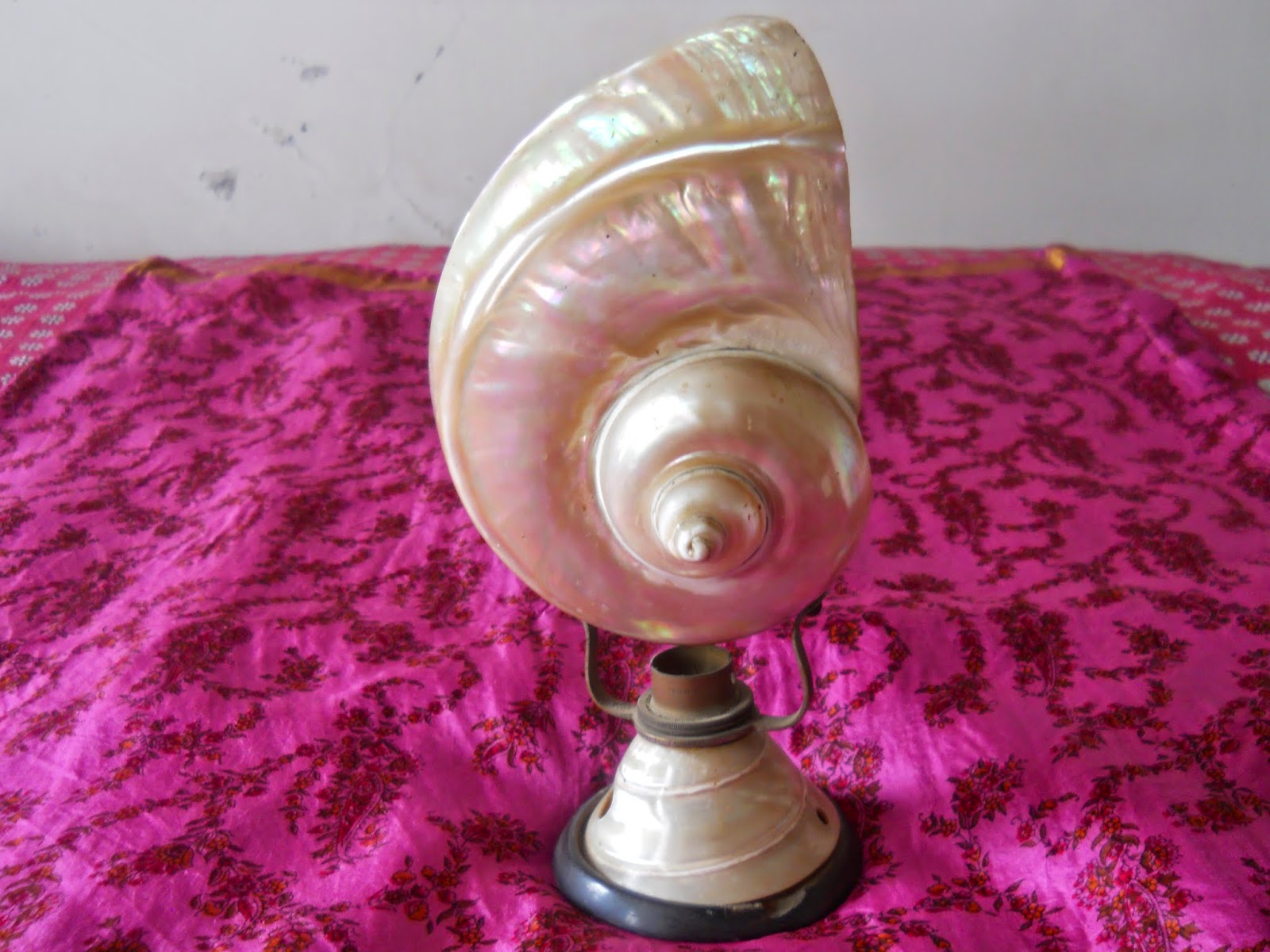 So it became a part of my 'dowry' and is still sitting pretty in our showcase. I know you will get better ones from the sophisticated shops in Andamans now but there is a part of my father in this nearly fifty year old piece!

Coming to this second shell, it must be around 35 years old. 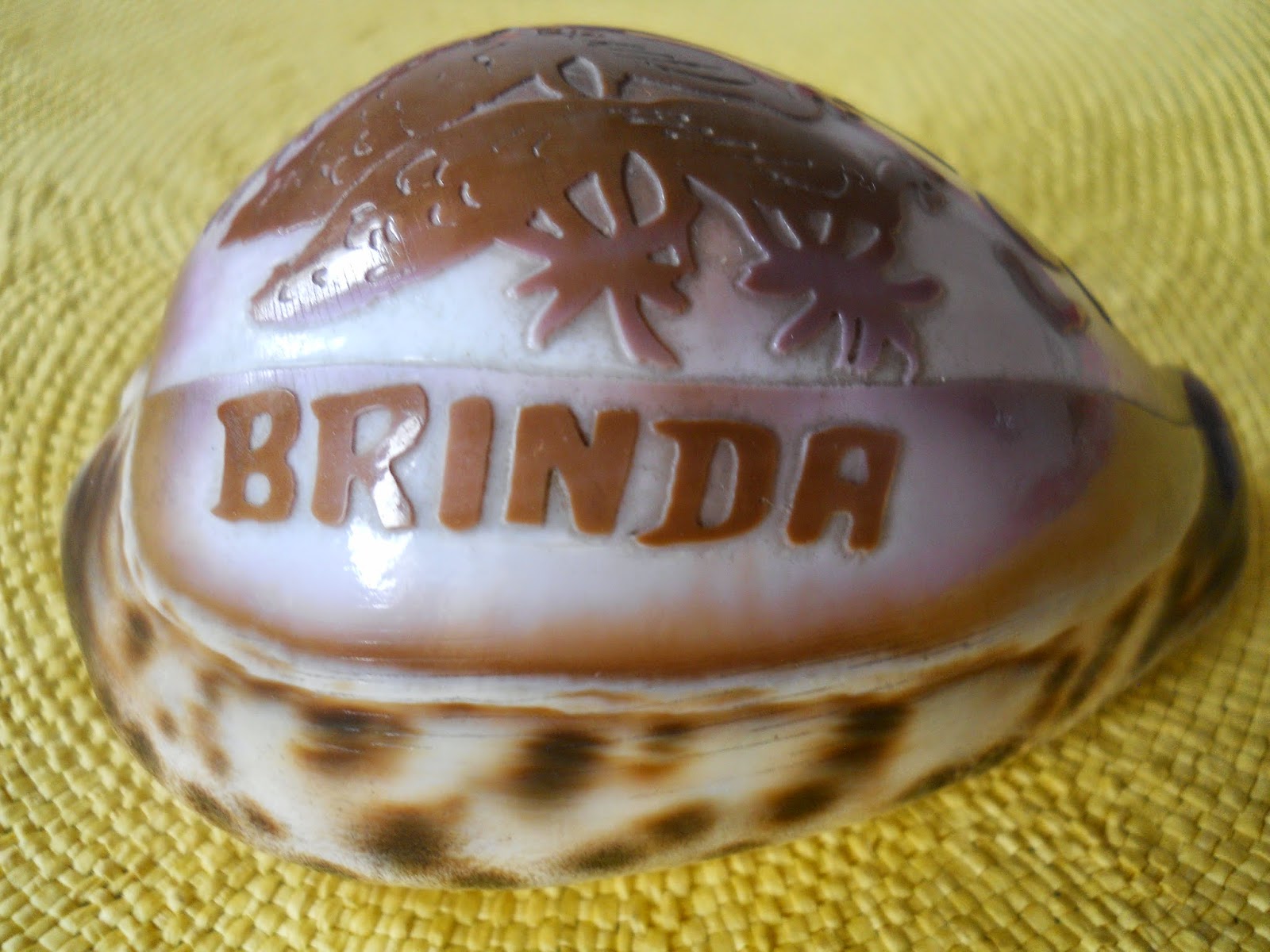 This is custom-made too - it has my name on it. My mother had got such souvenirs for her children when they had once visited Kanyakumari. Again not a big deal but a sweet gesture! And I still have it on display at home.

Trophies and mementos are treasured by most of us. I want to tell you only about my unique collectibles. 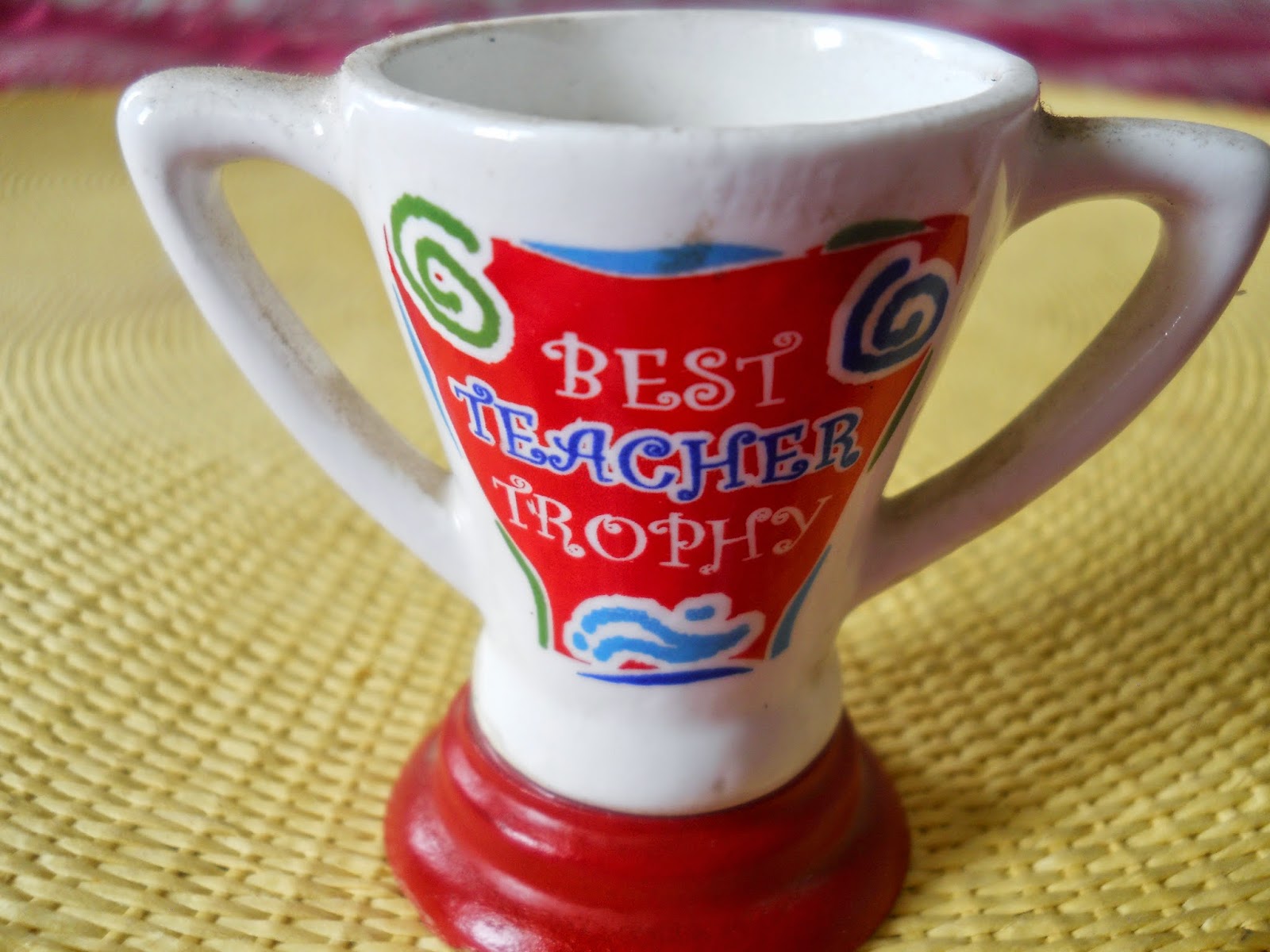 I have had this cute little trophy which reads 'Best Teacher Trophy'. 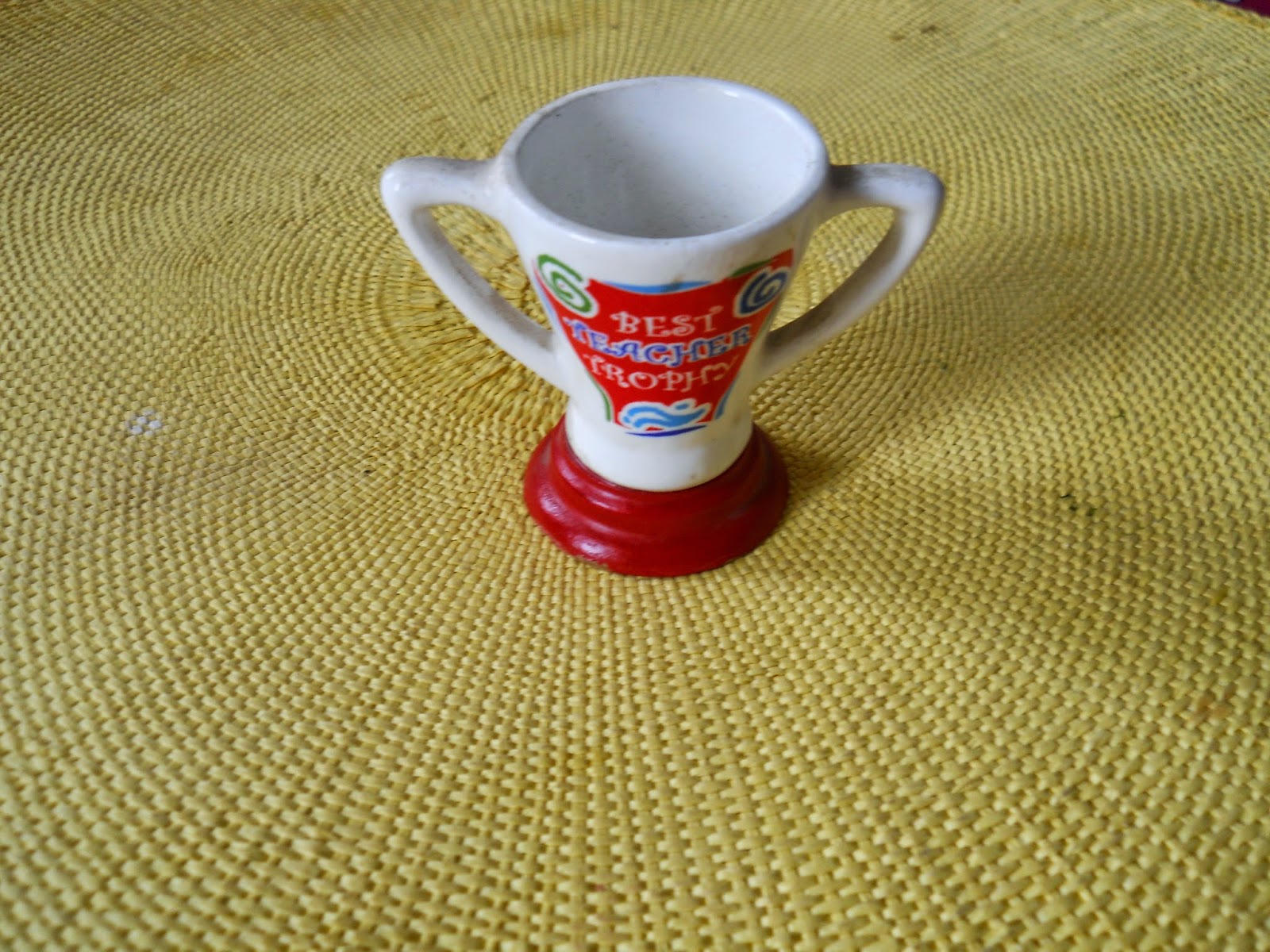 It is a simple 4 inch bone china trophy gifted by a group of my students - I'm ashamed to admit I don't remember the students who gifted me this nor the year. Must be in the early 90's. Again not costly but so very endearing that you will love it when you see it!

We are saddled with a large number of mementos - reminders of our activities in College of Military Engineering where hubby served for several years. Though they are nothing like A R Rahman's collection of trophies, they do take us down memory lane and help relive the prime time of our lives. So I still have them lined up in some corner of the house as I don't have the heart to discard them. 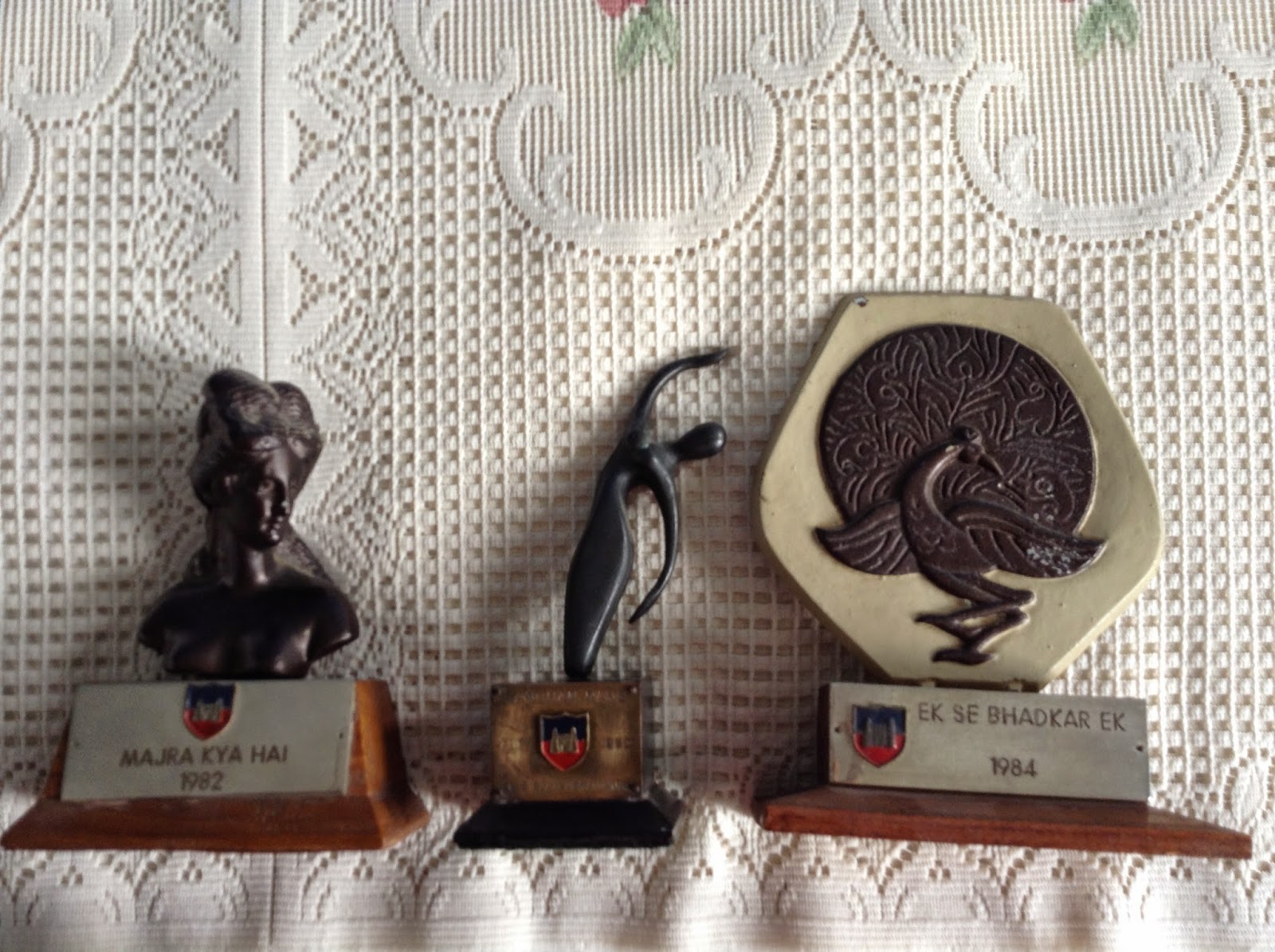 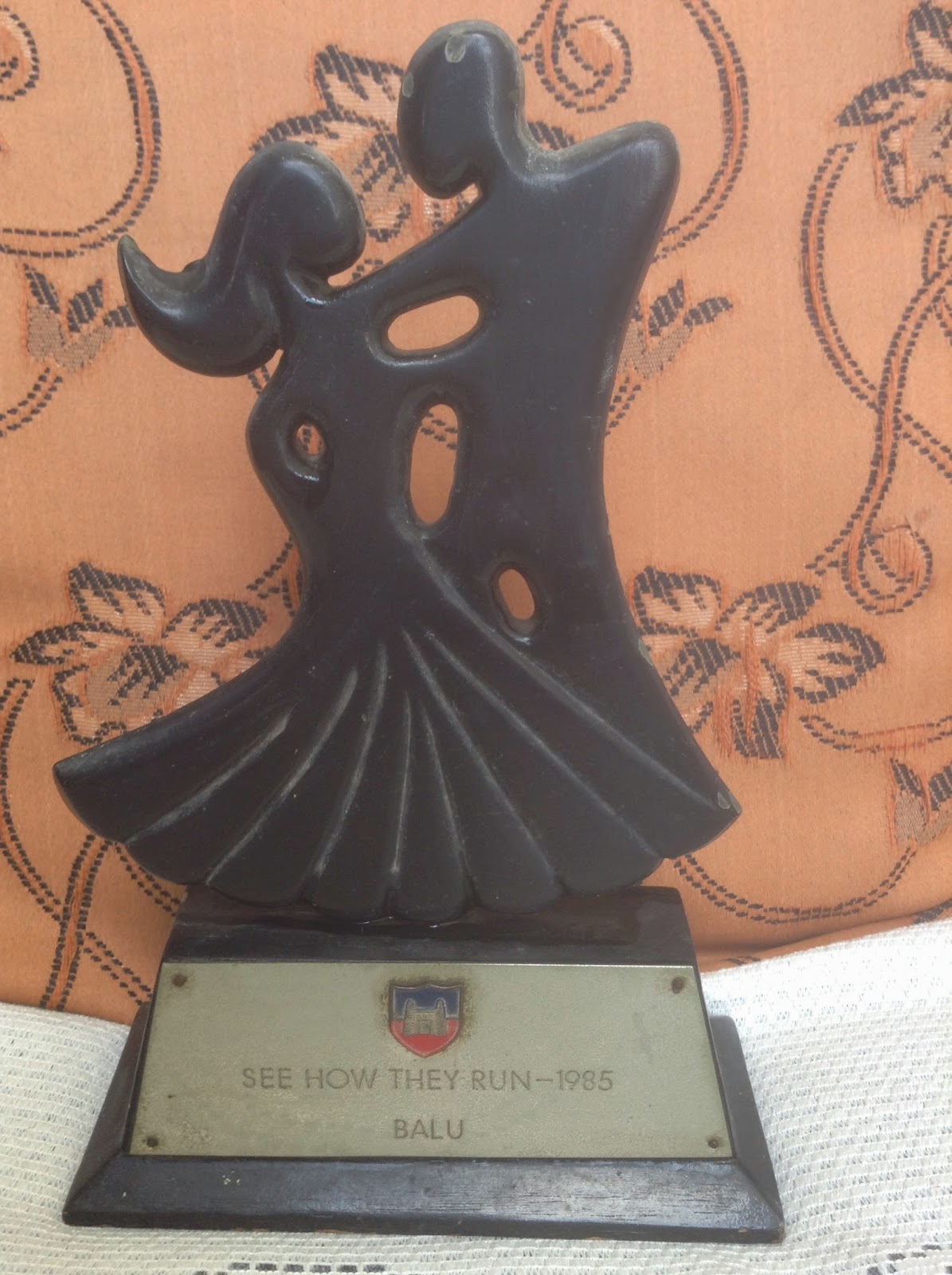 Again they are special. My hubby has mementos for his association with the plays put up year after year and a few for the Musical Evening too.

As for my part, I have reminders of my prize-winning Phool Rangoli entries at the annual Flower Show in the campus. 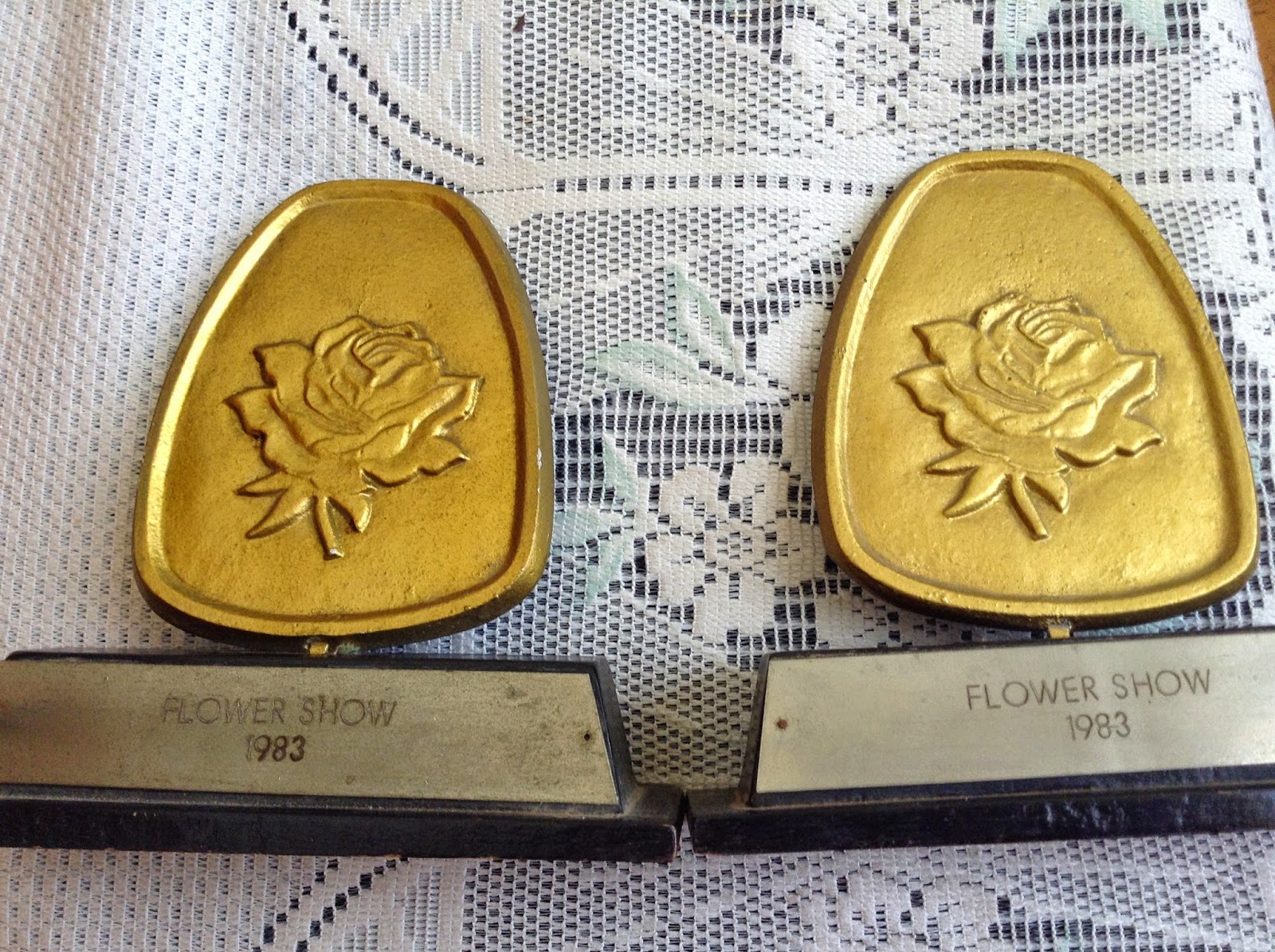 They would flood my mind with nostalgic memories about my ambitious projects year after year. I started the first year on a humble note by making a 'Kathakali' face with flowers and was happy to get the second prize. The next year it was a 5 x 4 ft butterfly which brought me the first prize. The following year I became over-ambitious - made two - Kathakali dancer as well as Appu the elephant and bagged the first and second prizes! My my, I do sound boastful, don't I?

When I look back on those efforts I really wonder how I managed to do that. Of course my hubby and school-going boys did lend a hand in procuring colorful flowers ( from our garden as well as friends') and helping me get them in small pieces and sort them out in separate plastic bags. Also in making the stencil for the rangoli. The flowers for each part would be pre-decided but there was always this doubt whether there were sufficient flowers for the whole rangoli. Adding to the tension was the time factor - without a help, I had to finish by 8 am - so I'd start as early as 5 am. Hubby would come around 7.30 to inquire if I needed any more flowers. When the mega efforts were rewarded, the house would be agog with exhilaration.  The next couple of days would witness me limp and my cramped legs would beg for mercy!

The boys have brought home their share of trophies too. Most of them are tucked away in a box in the loft - just a few are within arm's reach. 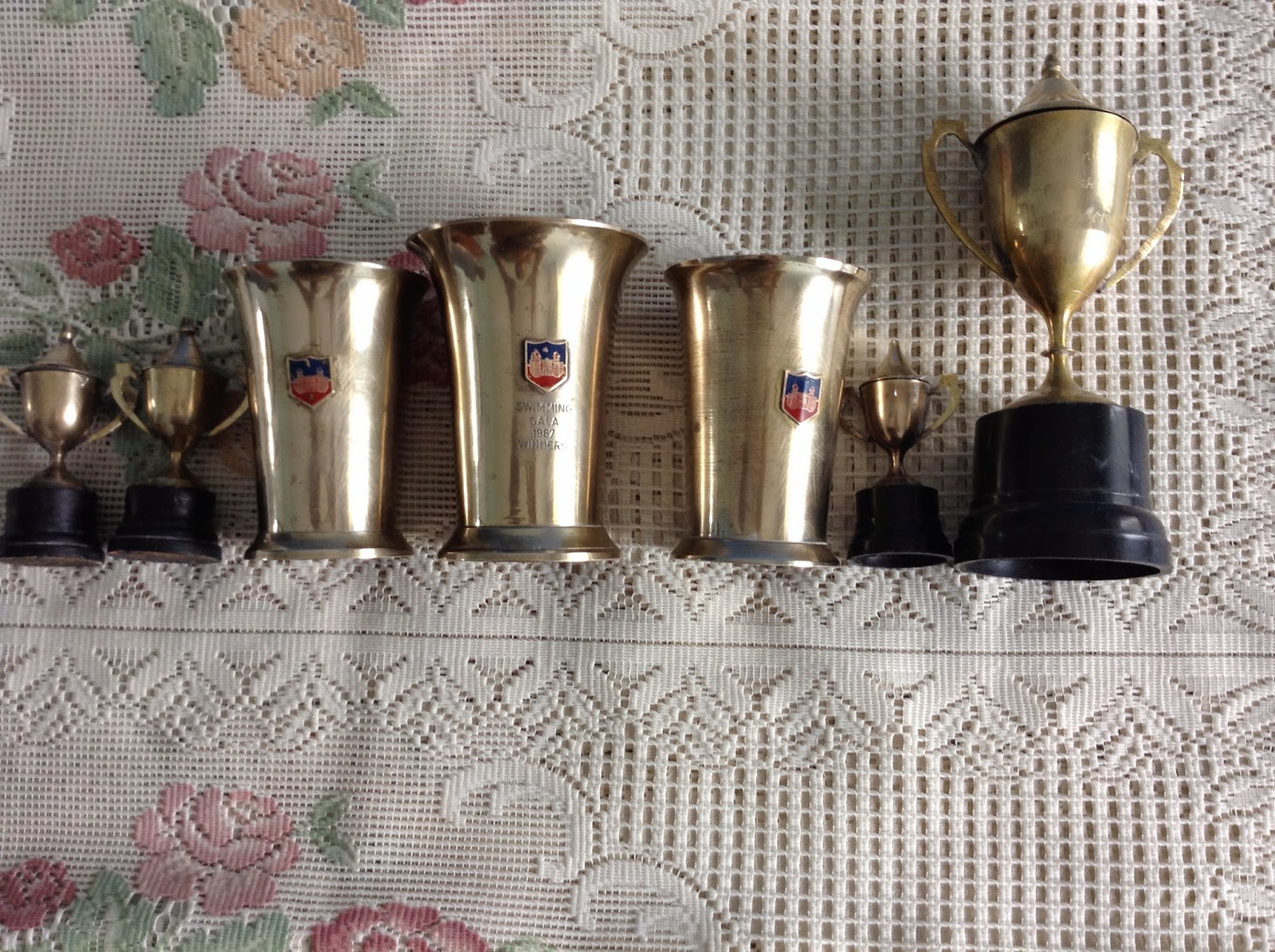 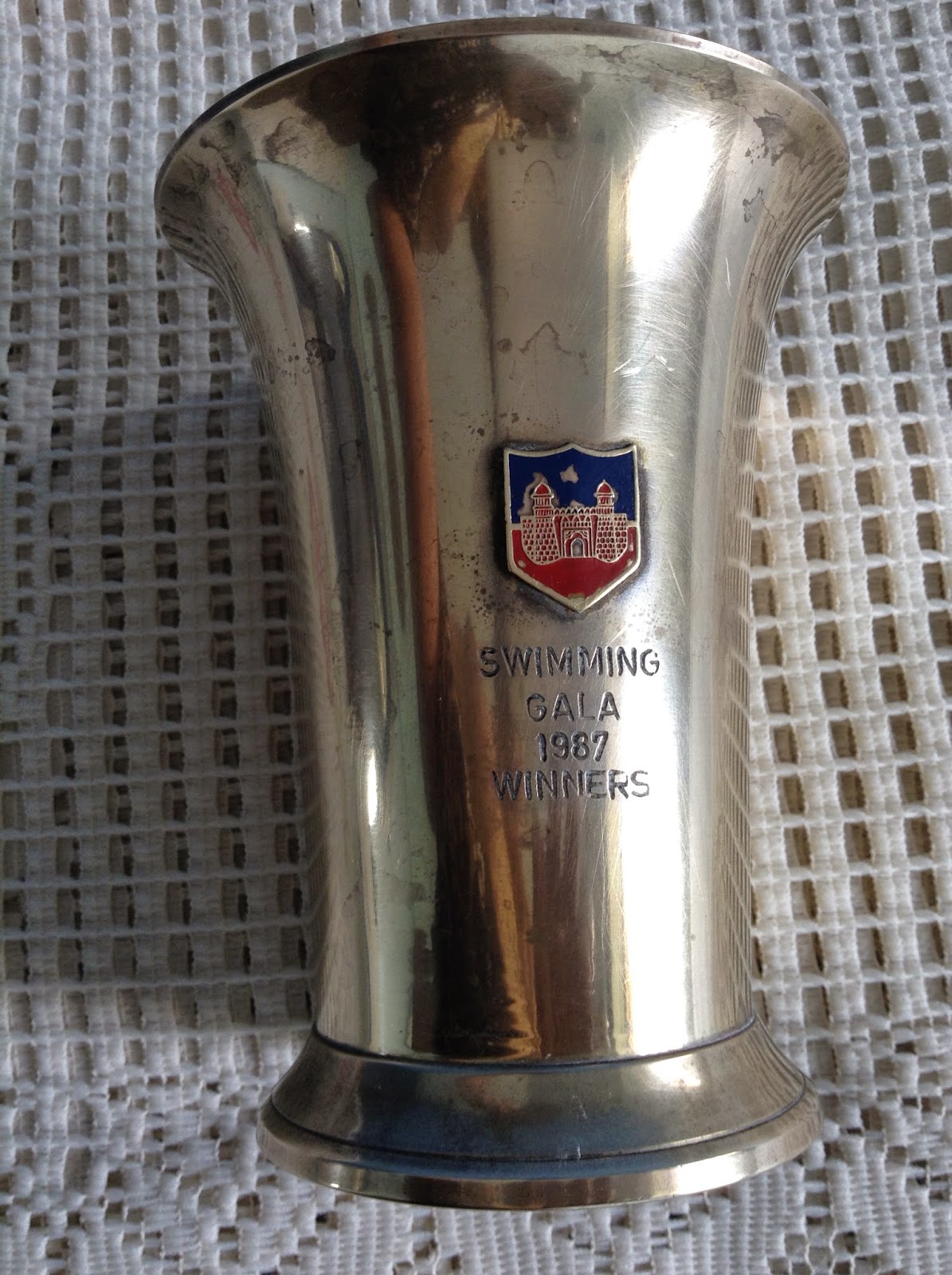 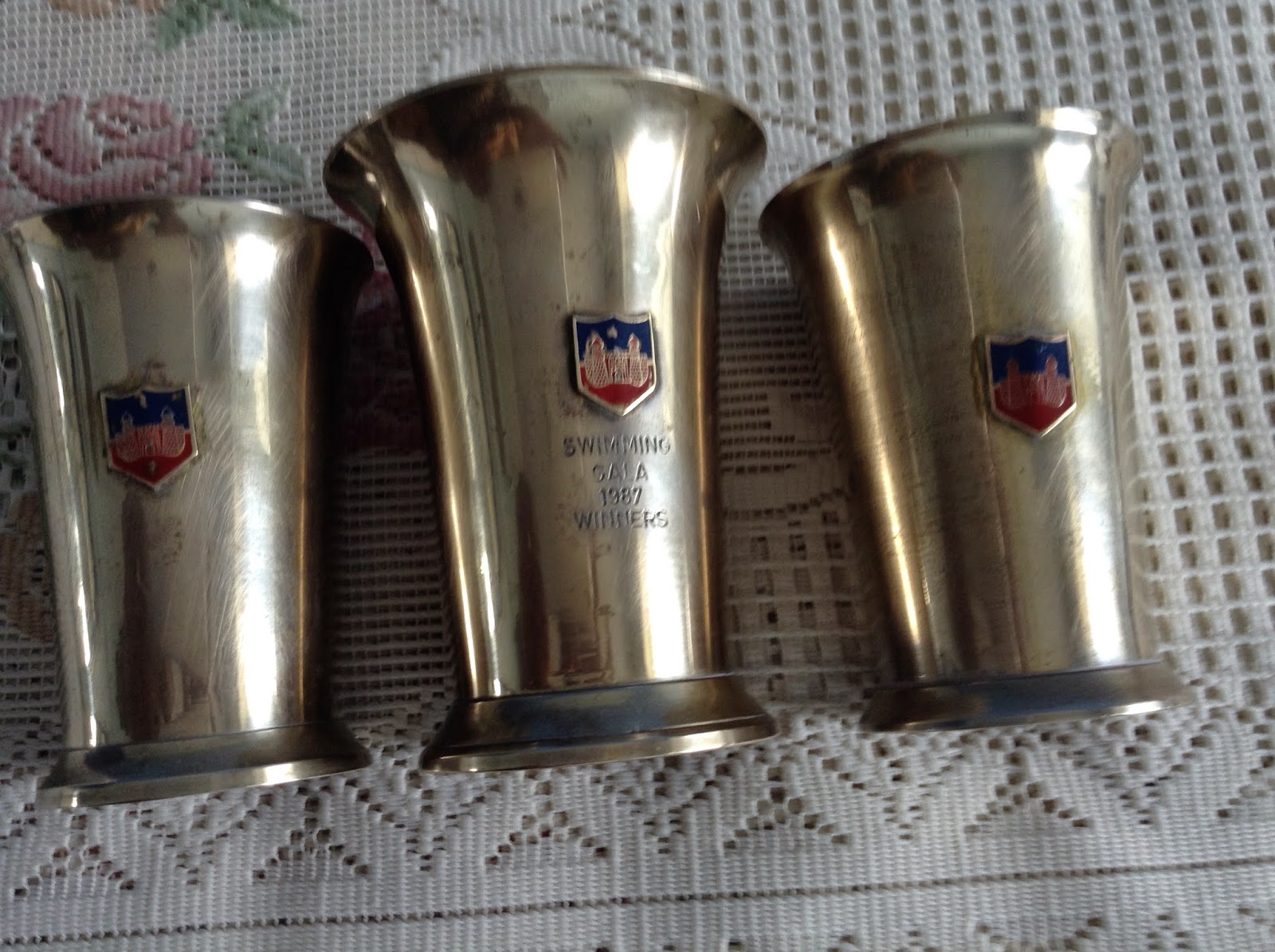 My sons are particularly nostalgic about their trophies earned in CME for various campus activities. 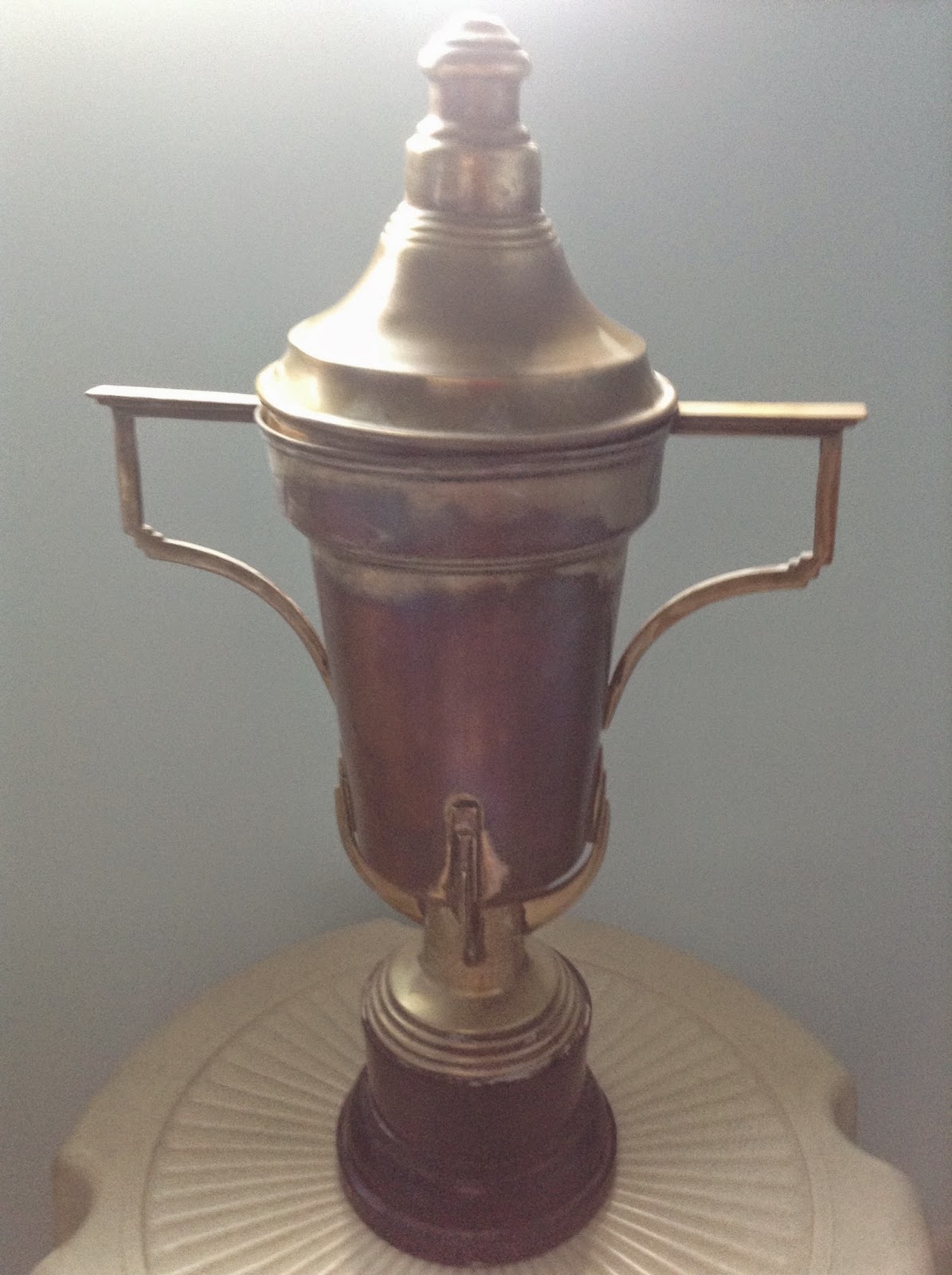 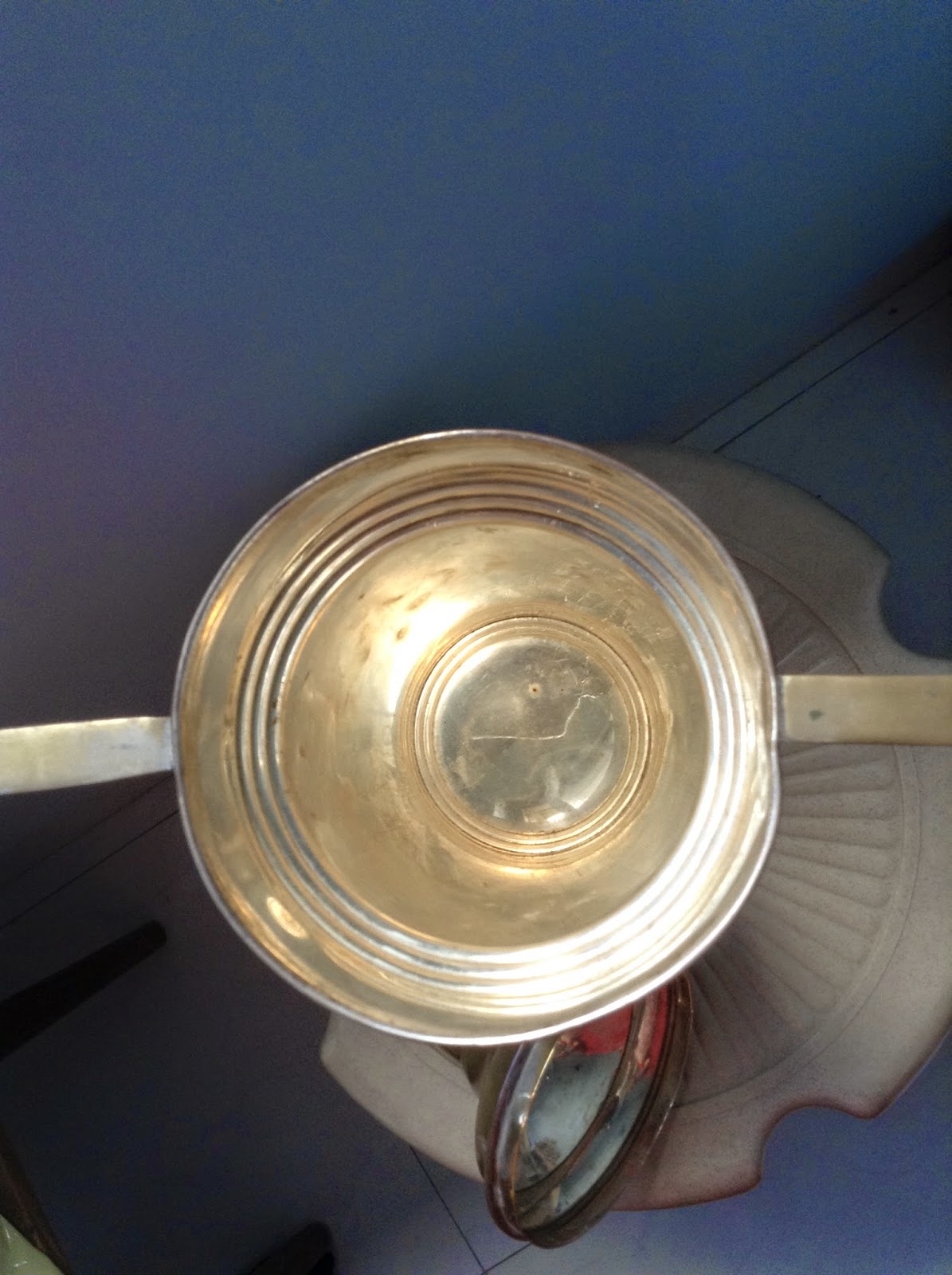 but my favorites are senior's Best Outgoing Student Trophy - it still looks so shiny within though tarnished outwardly..... 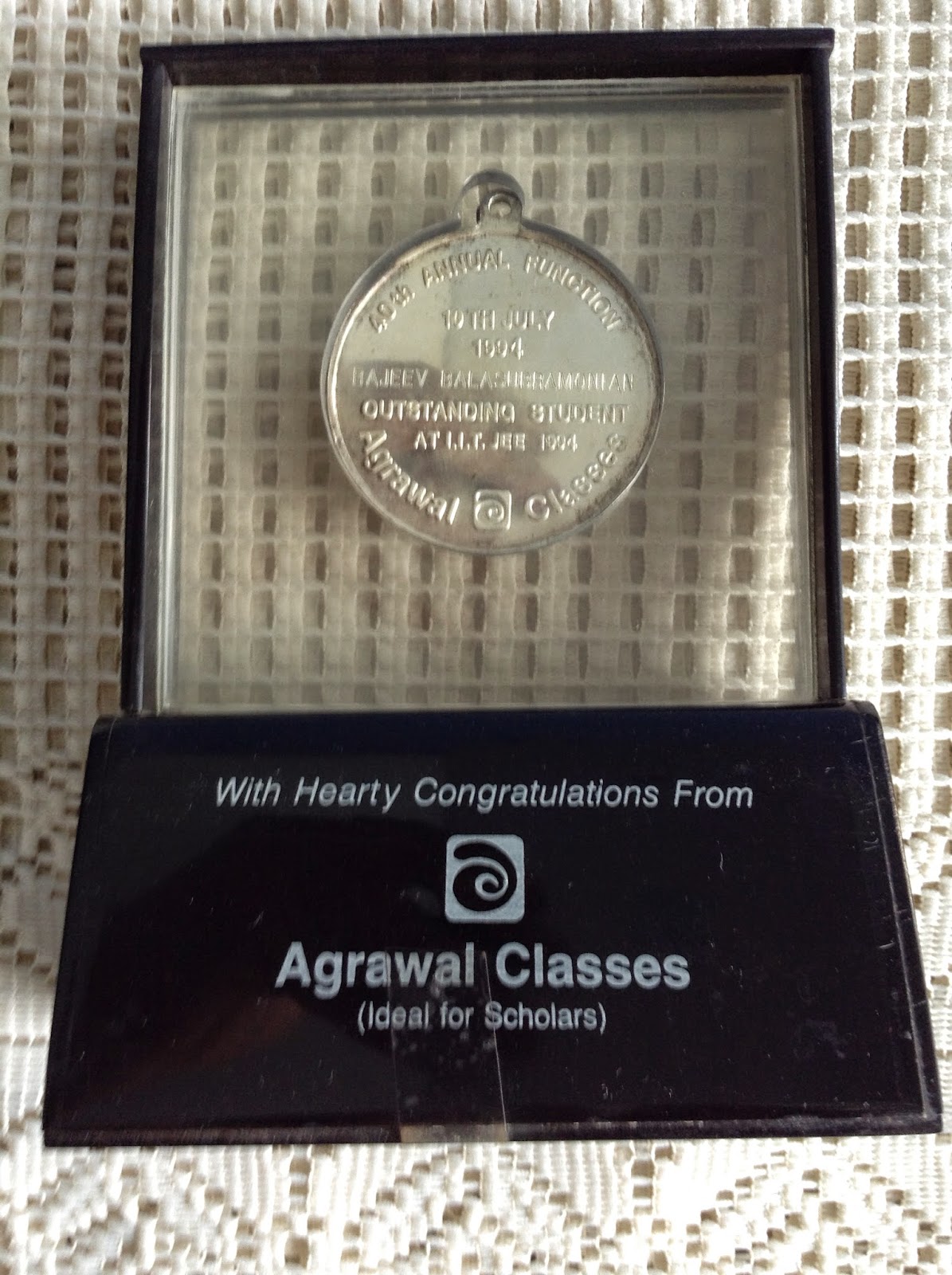 and Junior's cute silver Memento from Agarwal Classes for his 66th rank in IIT-JEE.

I also have this big airtight plastic container. Well this was what my elder son got for coming first in cycle race on a Children's Day celebration in the early 80's - he was disappointed with his prize but it has stood the test of time! 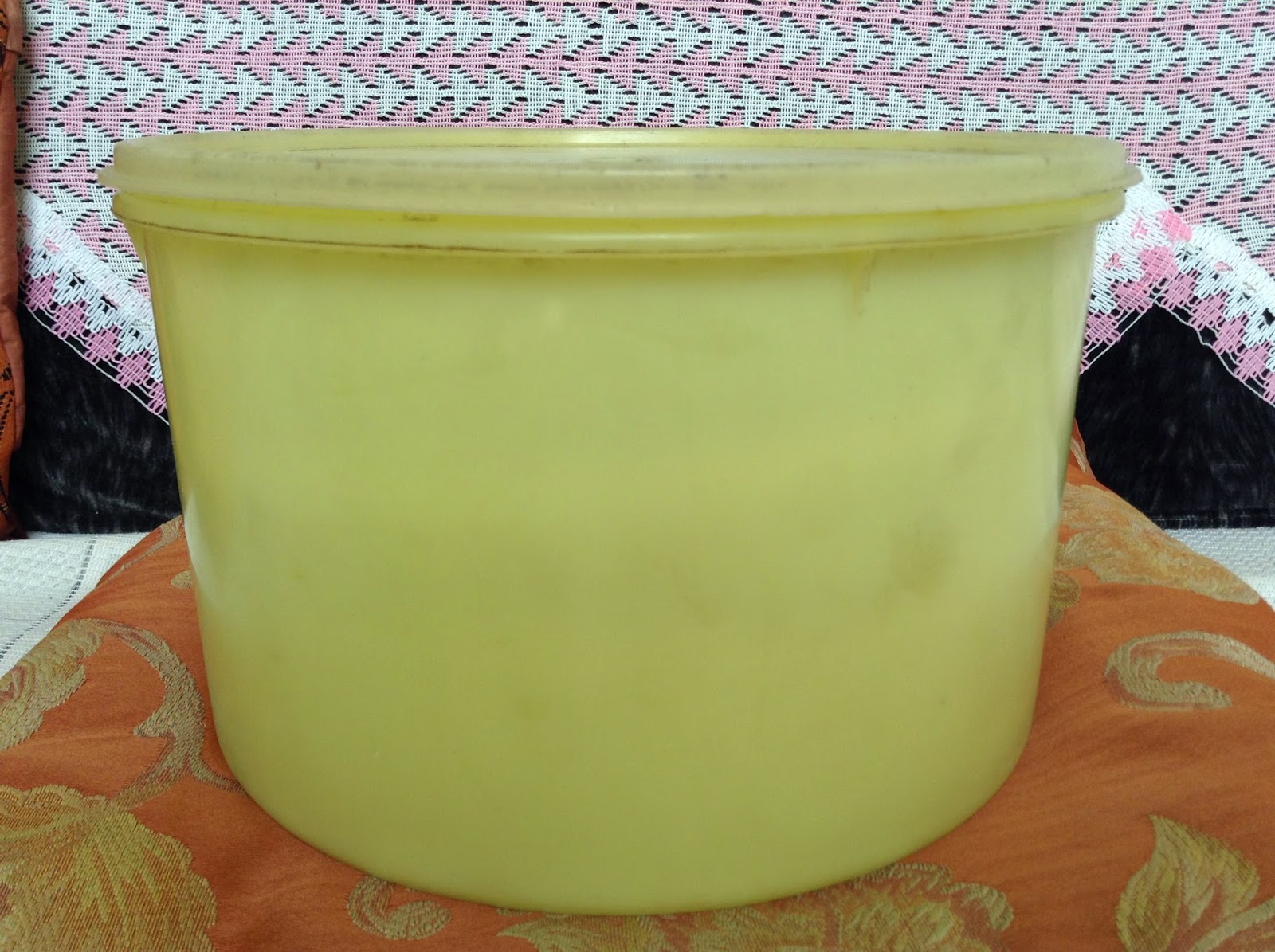 I still use it to store the mixture / chakli prepared during Diwali or even to store fried pappadam during family get-togethers. It is still airtight.

Another interesting collection that we have is that of Hot Wheel cars - prized possession of my younger son. As a boy, he'd keep adding to his collection with his pocket money. 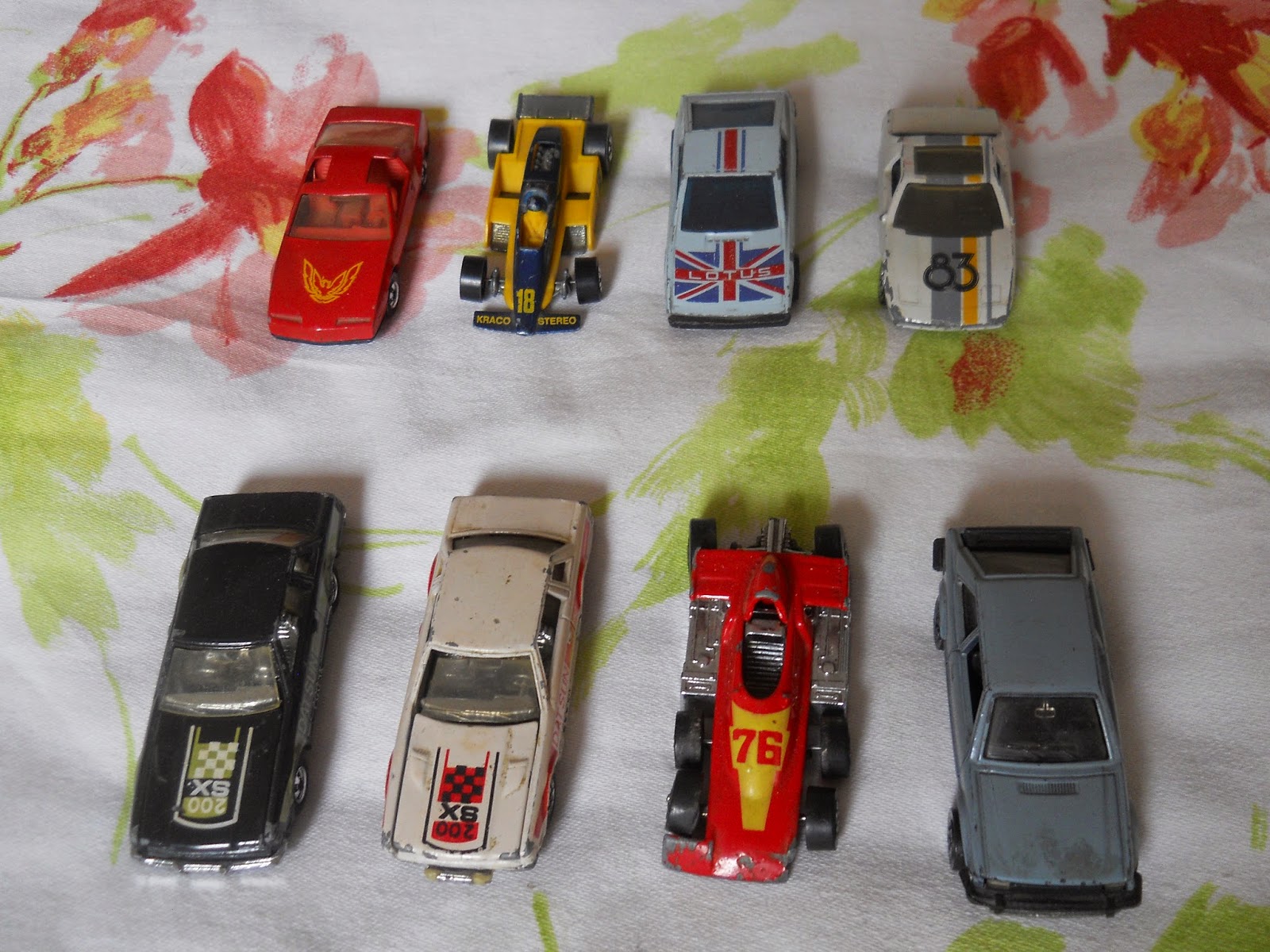 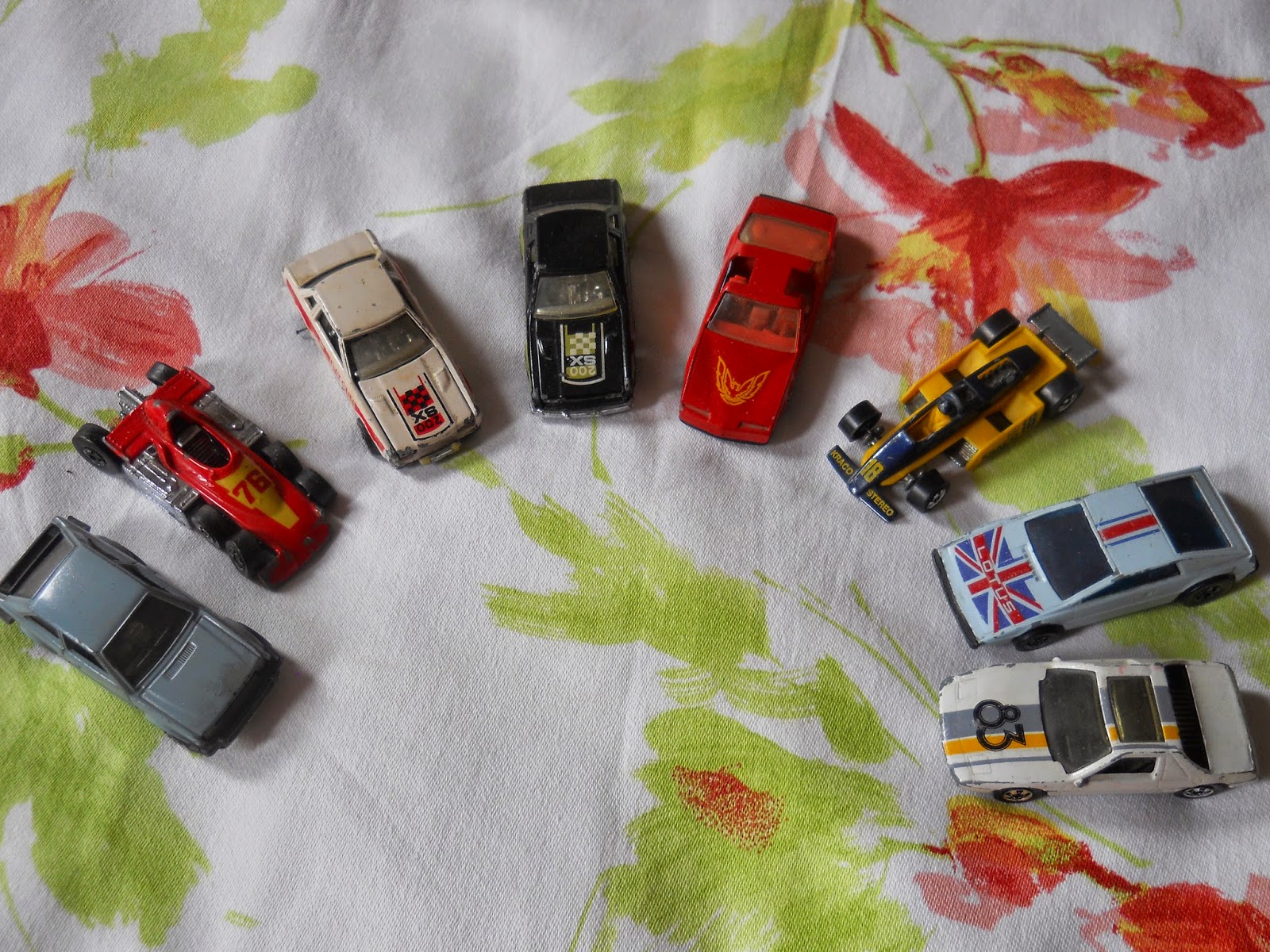 He'd be so careful with them that even a small dent would break his heart and he'd be seen 'nursing' the car with concern. Needless to say he'd not share them with anyone except his brother! I have still treasured the good ones. He still remembers which of them are the smoothest and shows them off to his kids when he comes on holidays.

After my kids were born, my mom handed me two stainless steel possessions which had been bought for me by my paternal grandma when I was a kid. 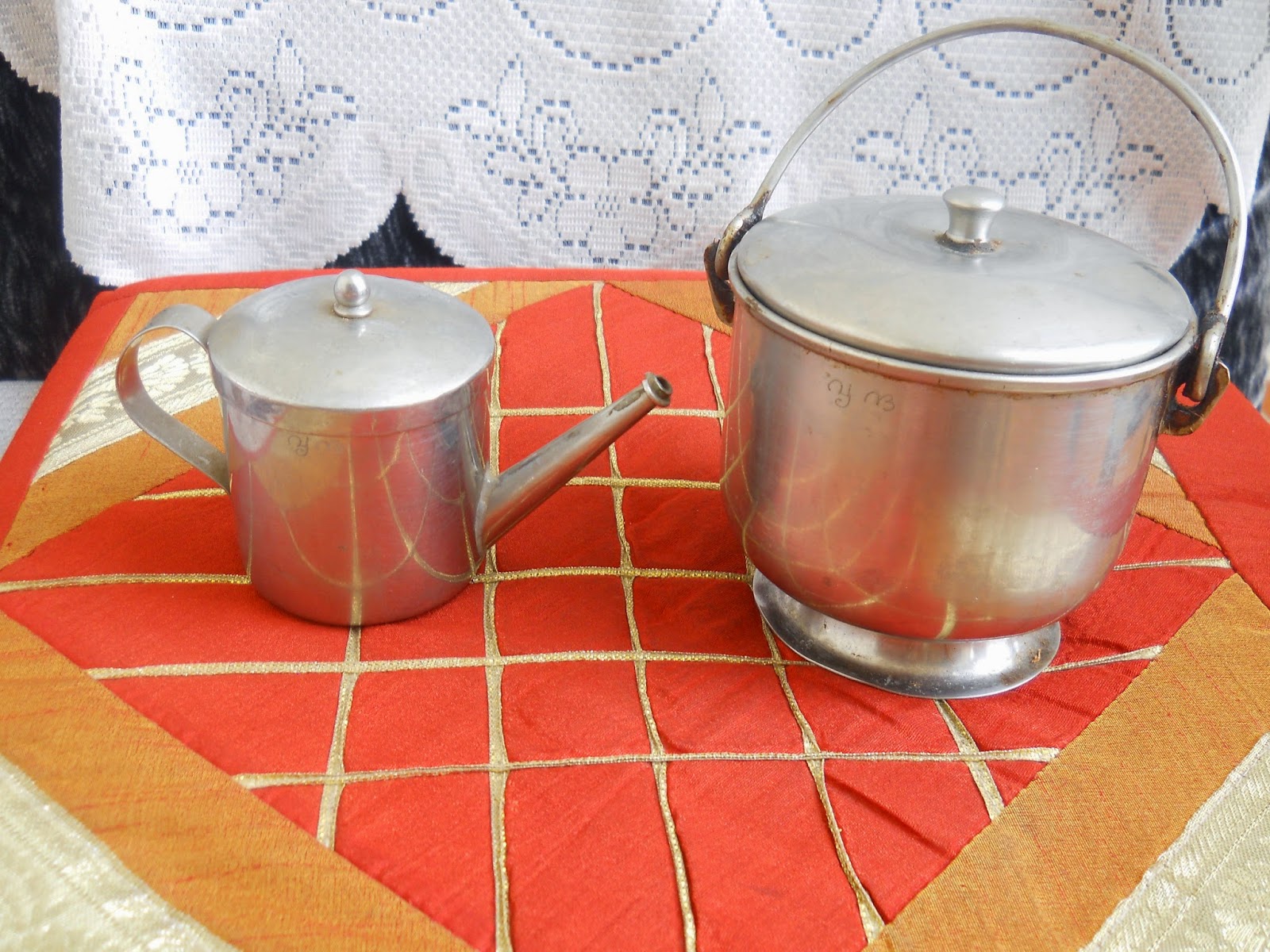 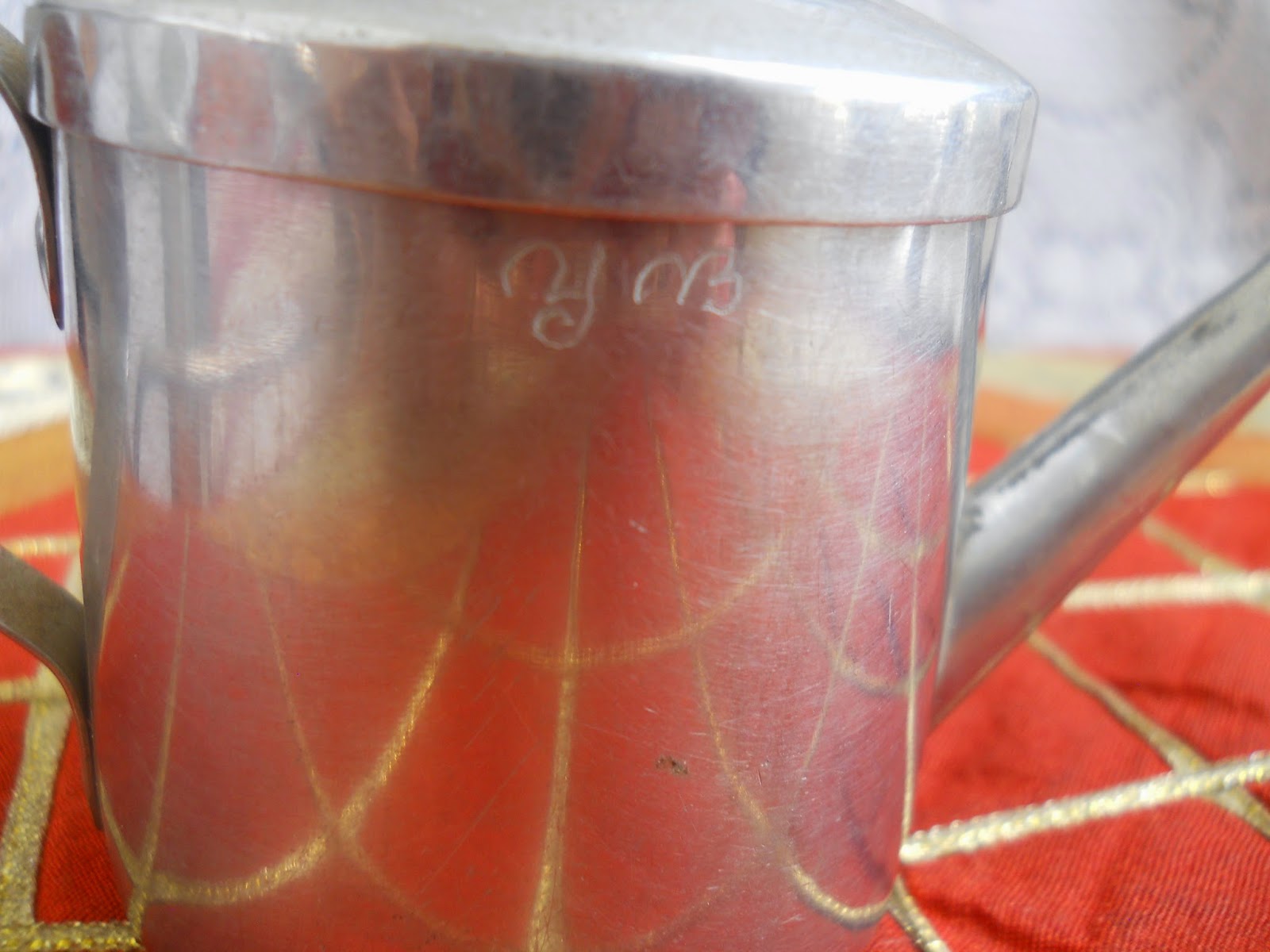 One is a an early version of the 'sippy cup' ( called 'kindi'). This was bought for me when I broke my chin as a four year old and found difficulty in drinking milk from the glass. 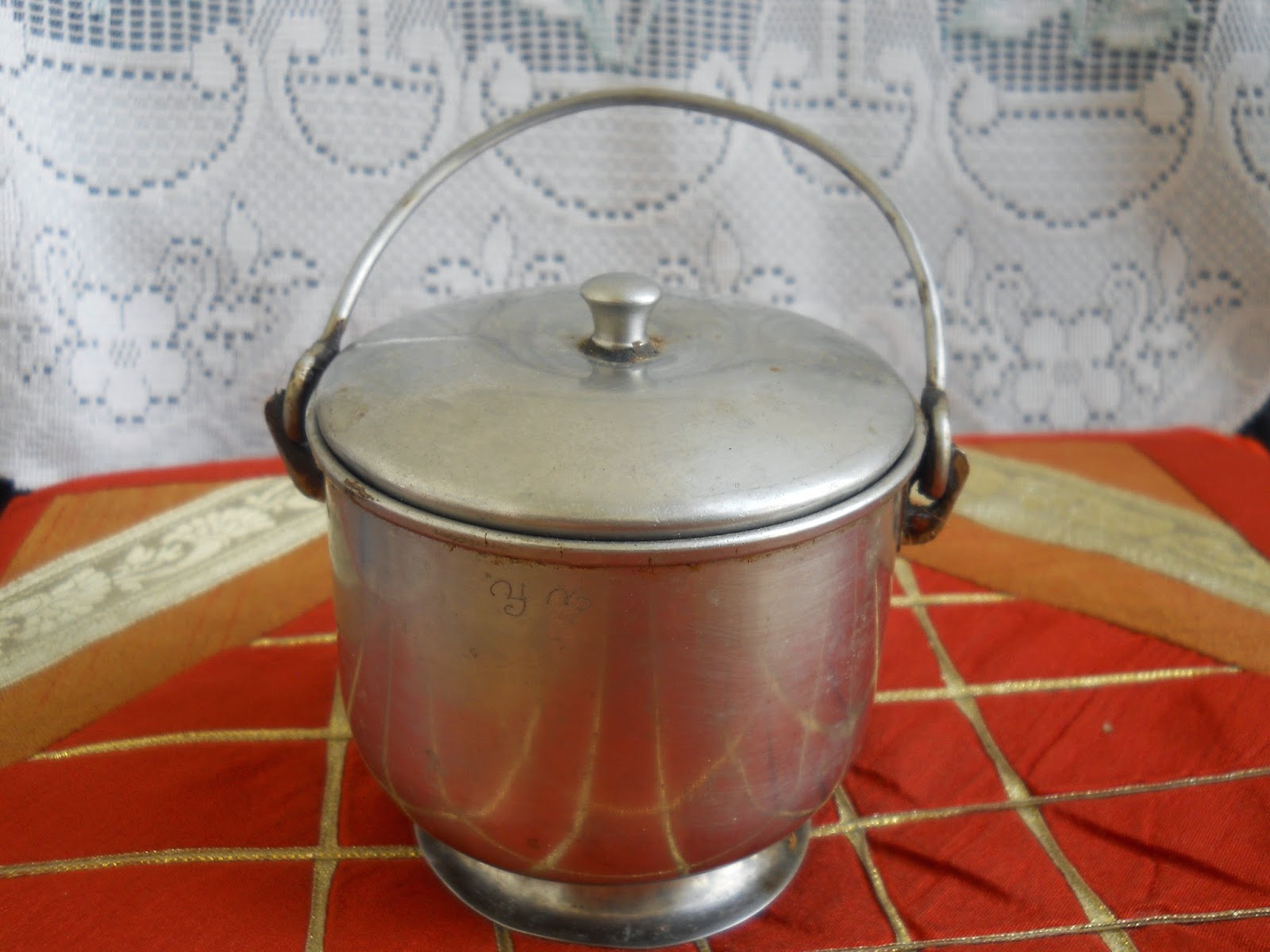 Another is a small steel 'thookku' which was my first 'lunchbox' - I remember my grandma packing pieces of steamed 'nendrapazham' (big Kerala plantain) for snack when she put me in Nursery school. Both of these items have my name in Malayalam - interestingly it is 'Vrinda' (interestingly it was my grandma who had chosen my name)!

As mentioned earlier I am only highlighting the really unique possessions among all my valuable 'inheritance'! My maternal grandma visited us in the mid seventies, a few years after my marriage and enjoyed a week with us. Among other gifts, she had given me a green plastic container with lid - I have many steel 'doonga's but a plastic one is unique! 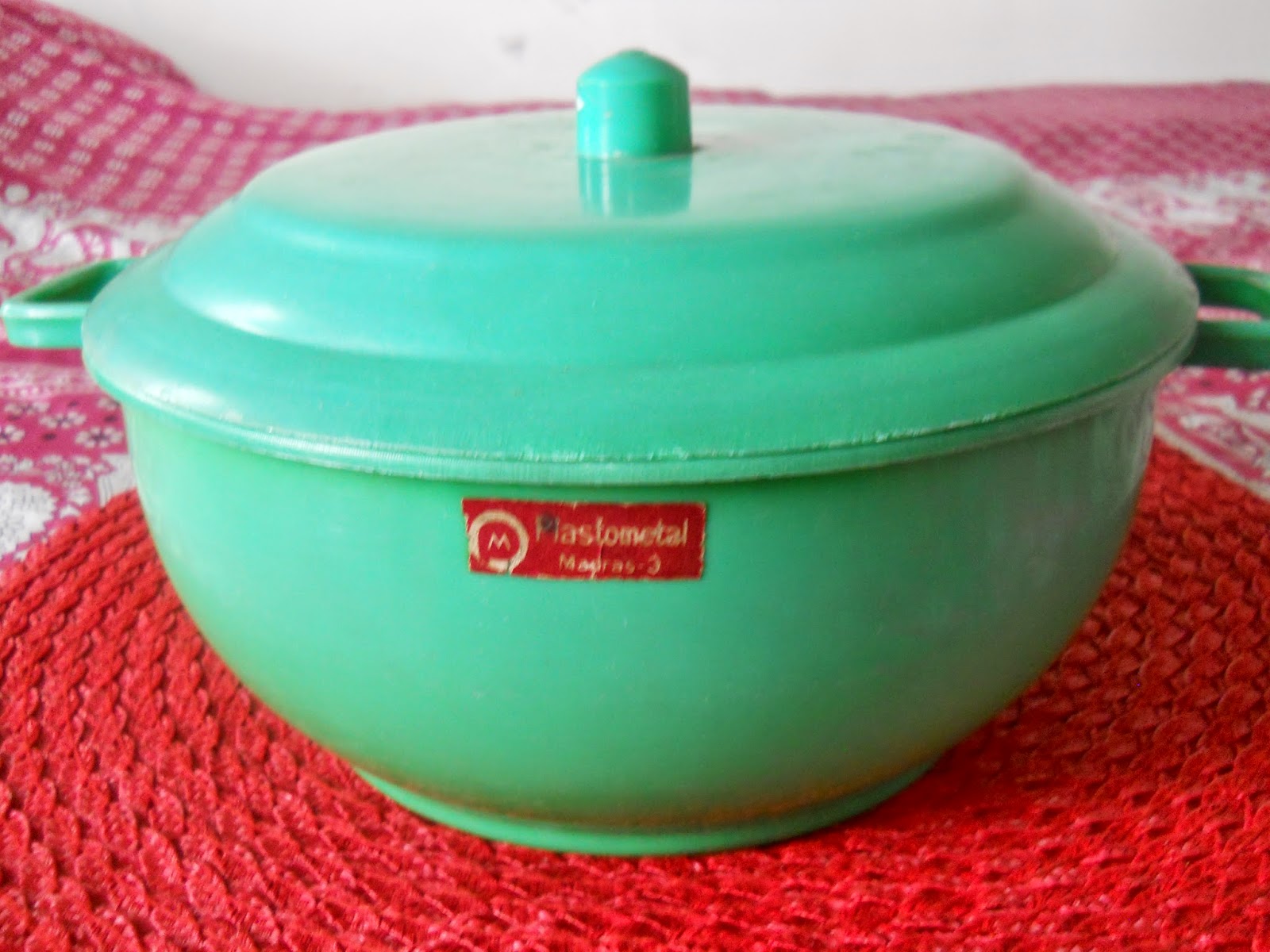 I still use it to keep some stuff. You won't believe it but the color hasn't faded to this day.

My paternal grandfather was a voracious reader; he would gift us classics during every visit and make sure we read them. Of course I have them all with me. But I'd like to make special mention of the Oxford English Dictionary he gifted me and my brother 51 years ago. 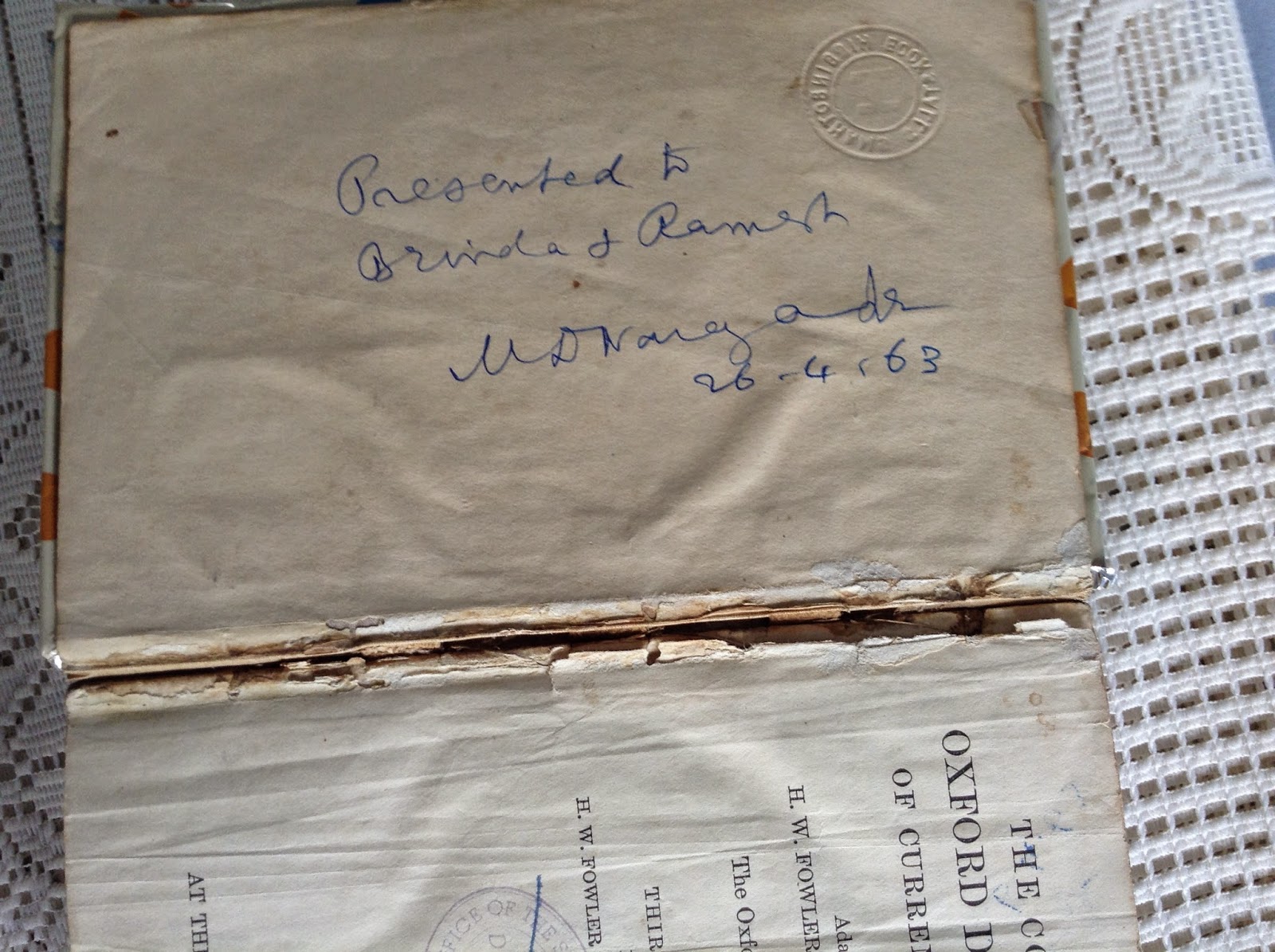 I think I use it even today more than any present-day student!

Next in the list is my maternal grandpa. He was a prim-n-proper gentleman, suited and booted for formal occasions and wearing 'pattu veshti' and 'angavastram' for traditional functions. For his 'sashtiabdapoorthi' (60th birthday) which was celebrated on a grand scale, silk saris were purchased for all relatives. I was 13 then and I was also getting a sari. They took me to Nalli's and wanted me to select mine. I have always loved grand saris, so I chose the grey Kanchipuram sari with tomato red border with grand jari. 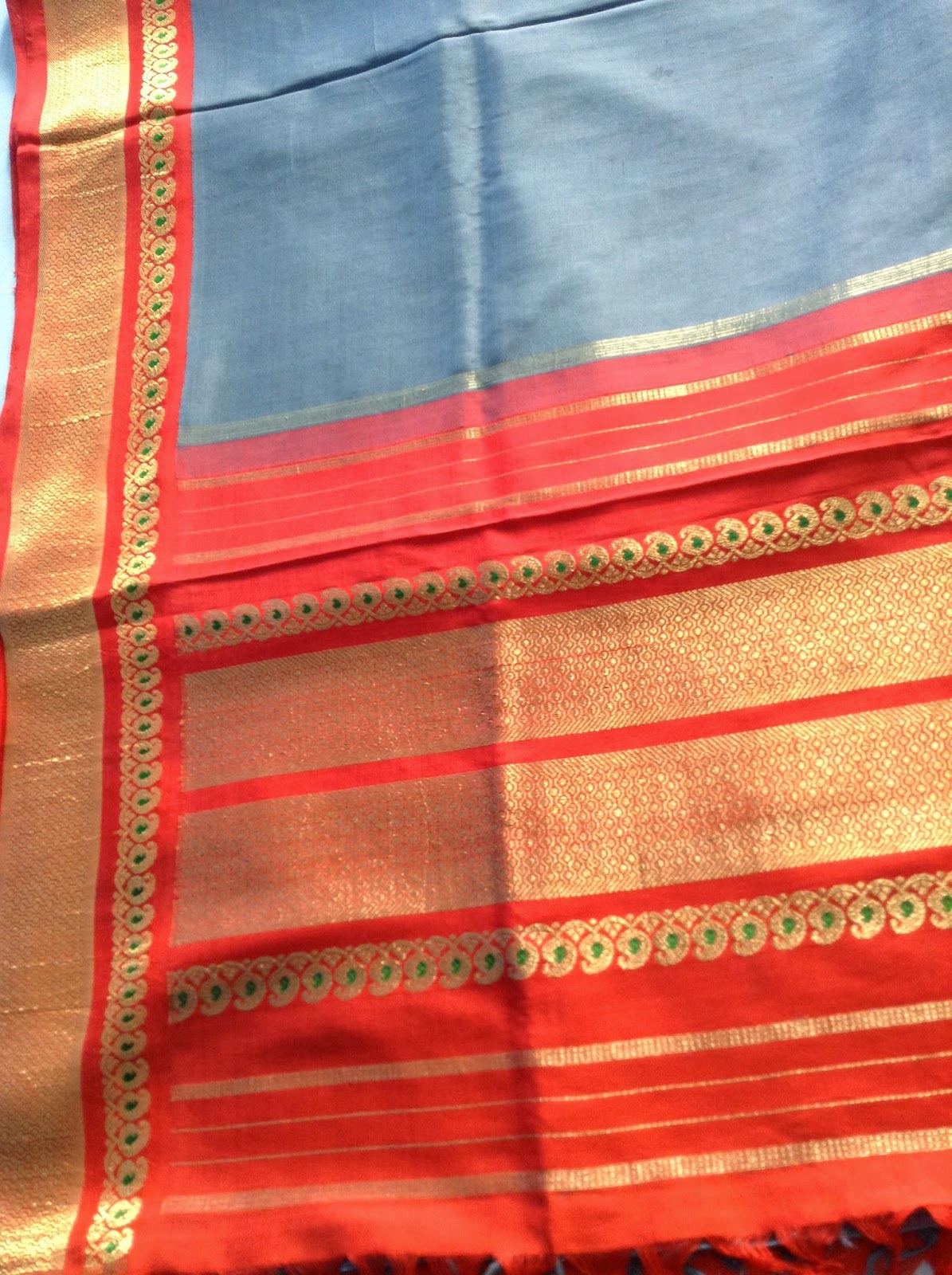 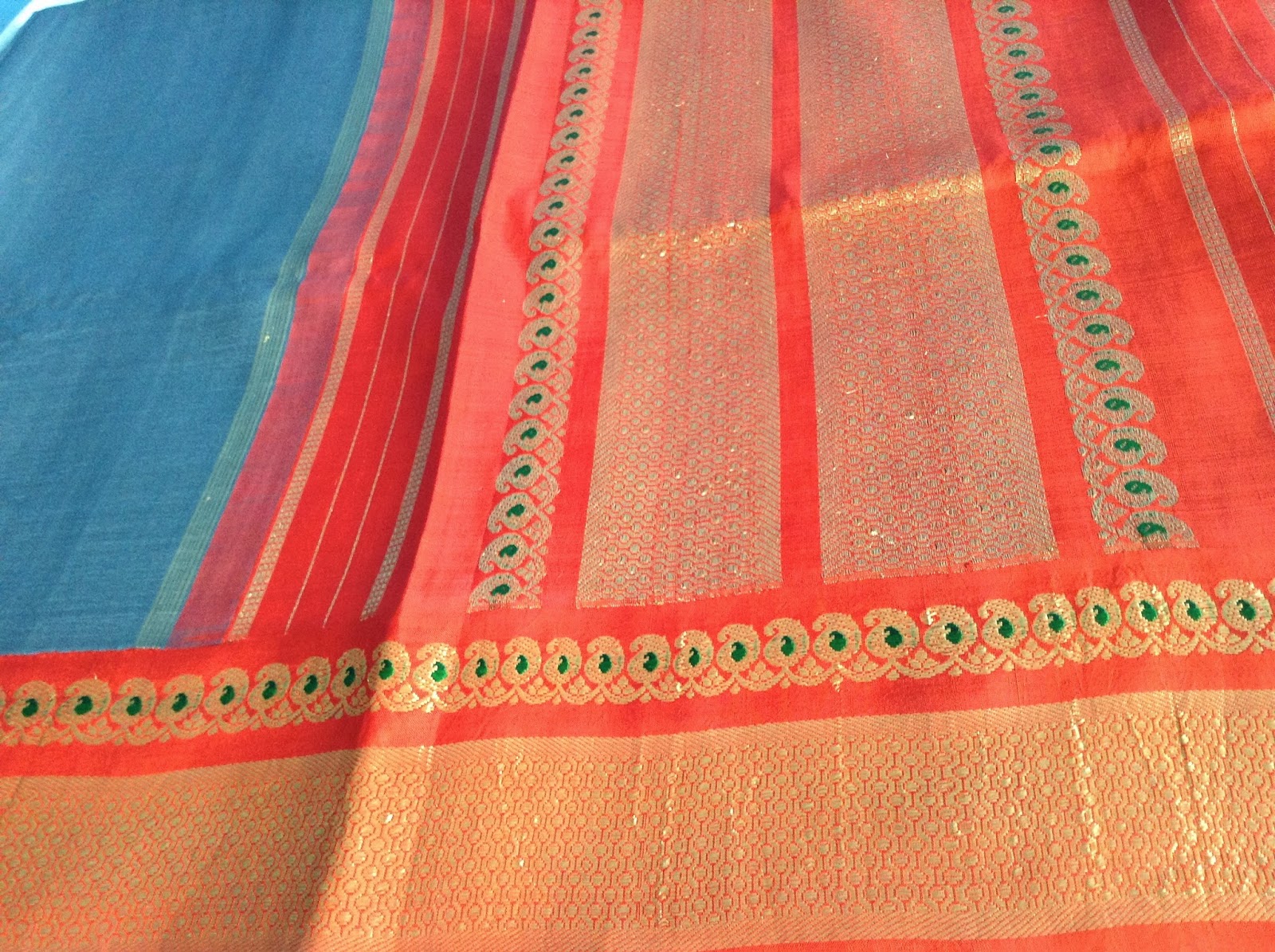 Grandpa pointed to a light green one - I liked it but it didn't have that much jari. The price for my selection was marginally more but I knew it  was not an issue. But the color was - Thatha felt grey wouldn't suit me. But I was in no mood to relent, so grandma put in a word for me and Thatha gave in. I still don't know how much he approved of my choice but it has elicited compliments whenever I drape it. Even after 49 years, it still looks so rich and beautiful!

This was just a sample of my store of little treasures and souvenirs sharing space with us. Not antiques but exclusive personal 'treasures' - 'heirlooms-in-the-making' perhaps?!


Posted by brinda.balasubramonian-brins.blogspot.com at 11:48 PM