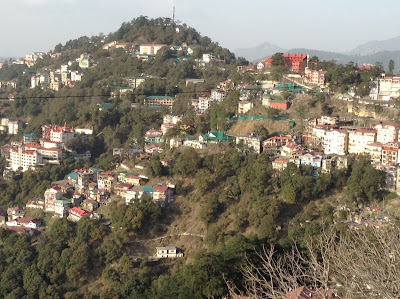 Shimla - Manali is India's little Switzerland. It is but natural that it is in the bucket list of every Indian travel enthusiast.  As we tried to draw our travel plans, we checked for the right time of visit. Enough snow but not biting cold..... We chose the last week of March for our tour of seven days with Veena World's Group Tour - 2 nights in Shimla, 3 nights in Manali and 1 night in Chandigarh.

The slight hitch with such group tours is that we have to take 'red eye' flights and so we can barely catch twenty winks of sleep. Our flight took off from Mumbai around 2 am and we landed in Delhi in less than 2 hours. We were a group of 28 with 2 Tour Managers. 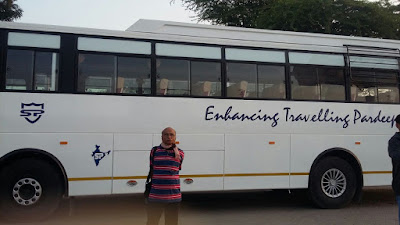 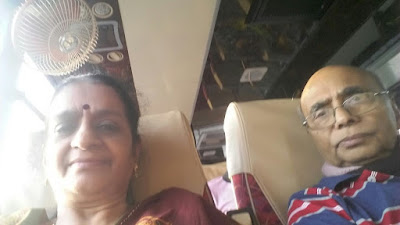 We boarded our A/C coach and started on our drive to Chandigarh around 4.30 am. All of us dozed off and before we realized it, our coach had stopped for breakfast - at 6 at 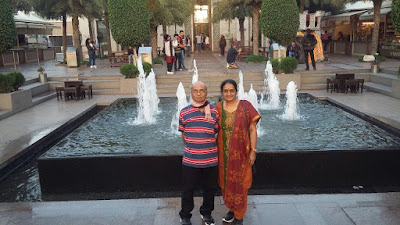 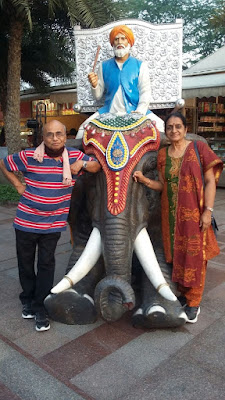 The place was inviting and had a good ambiance. We freshened up at the clean restrooms, and were ready for the piping hot breakfast of authentic 'aloo paratha' n' yogurt, masala chai as well as sandwiches.

A long good drive of 4 1/2 hours followed when there was silence inside the coach as everyone tried to catch up with their sleep. At times, we were rudely jolted from our sleep by the irritatingly long and loud honking by our driver as he tried to overtake other vehicles. We reached Chandigarh, where we visited Pinjore Gardens and then had lunch at Hotel Raunak.

After a ten minute drive, we were at the ghat section to Shimla - some 70 kms of narrow, winding roads providing glimpses of scenic beauty. The driving time on this ghat section was some three hours. 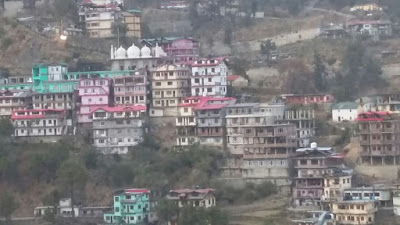 As we reached Shimla, we couldn't help admiring the colorful houses built on hilltops. The scene reminded us of Switzerland - only this place was more congested than the latter. We were glad to check in our hotel rooms in Shimla, stretch ourselves, freshen up and relax for a bit before dinner - it had been a long day. We were glad to hit the bed soon after dinner and slept like a log. 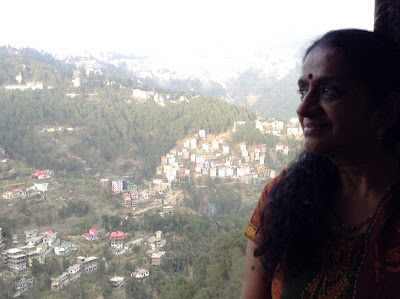 We had a beautiful view of the town from our hotel room - houses standing huddled together in different levels along the mountains.

We were ready after a good breakfast for the day's sight-seeing. We started for Kuffri  located 35 kms away.

The drive was a mixed bag - a few green patches of trees dotted the scene. The apple trees were all barren - without even a leaf - obviously the season was over!  As we drove amidst the valley, we were informed that Hassan Valley is no. 2 in Asia. 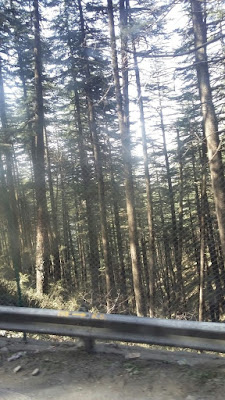 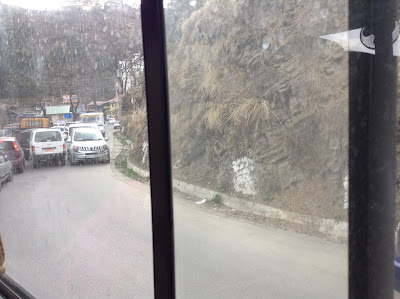 What we didn't fail to notice were the narrow roads with hairpin bends, 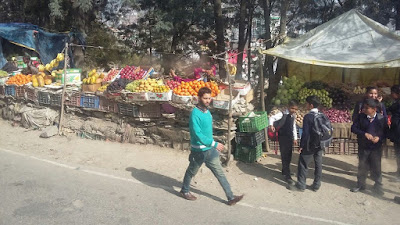 vendors at their stands selling fresh vegetables / fruits, even as school kids stood waiting for their bus, 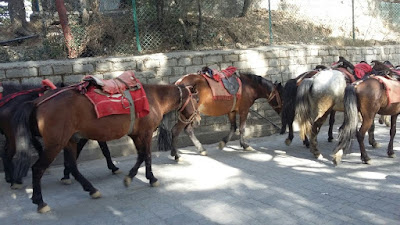 horses trotting on the road, 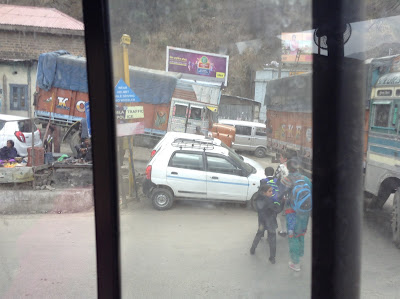 vehicles precariously parked wherever in whatever manner ...... The driving skills of the ones using these roads need to be lauded. Seriously! And remember, ours was a regular bus - all the more challenging to maneuver!

As we were approaching Kuffri, we got to see barren patches - the famous Kuffri potatoes (used by Mc Donald's and others) had already been harvested.

We went in smaller vehicles for sightseeing in this quaint little town. First we went to the Himalayan Zoo, which was a dampener. 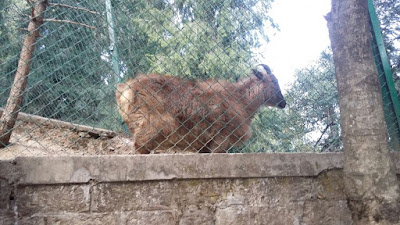 There were just a few animals! 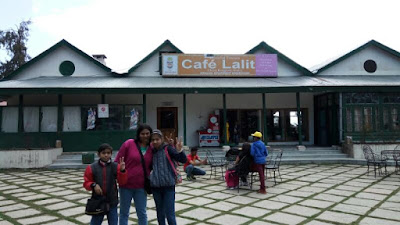 Then we visited the historical Cheeni bungalow / Indira bungalow where the Indo-China deal was signed in the early 70's. We were informed that the young Benazir Bhutto was the cynosure of all eyes during that time . 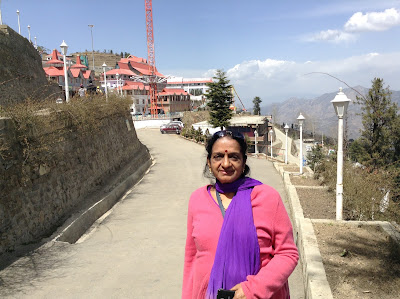 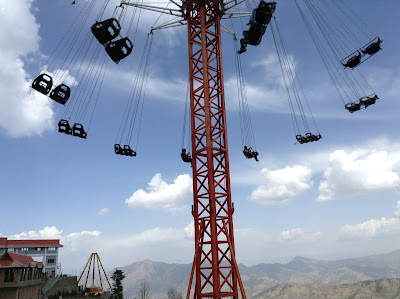 We walked back to our bus and covered the short drive to New Kuffri (9000 ft) - to the Adventure Resorts. It is a modest new venture where we enjoyed some rides and then relished .... 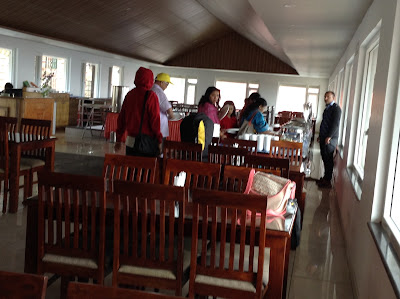 ... the sumptuous lunch arranged for us. We spent 2 hours there and were ready to drive back to Shimla at 2.30 pm. 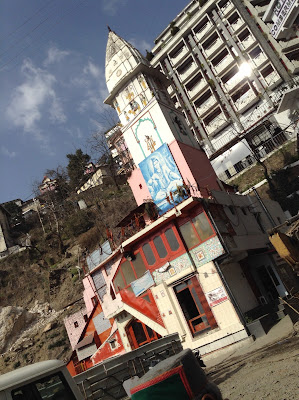 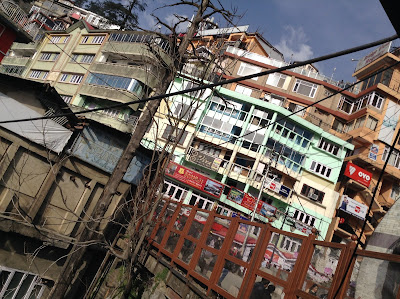 We were in the heart of the city at 4. We went to the famous Mall Road. We had to take two lifts to reach the 3rd level. What's interesting about these lifts is that they are not installed to take us within a building, but to a road. Each lift has a capacity of 8 persons, so you can imagine there would be a queue in peak hours, mostly tourists. The ticket charge for the lift is Rs. 20 per person. We had two hours to stroll around the place. 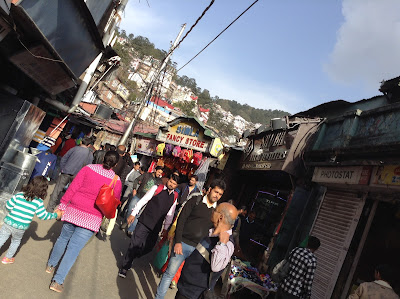 Small shops dotted all the three levels of Mall Road, selling all items imaginable. We just did window shopping there and spent the time sight-seeing. 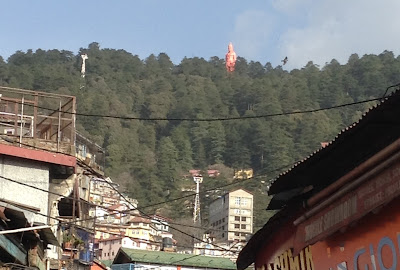 We could see the massive saffron colored statue of Lala Lajpat Rai on a distant hill as we walked along. We then wanted to go up to the famous Christ Church which we have seen in many Bollywood movies. 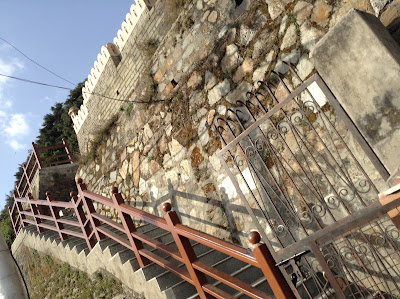 We realized that the flight of steps at various points too led to the Church. 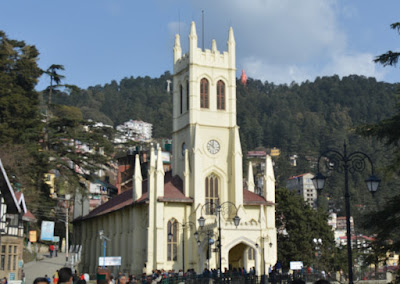 We walked along the road leading up and had a good view of the church, 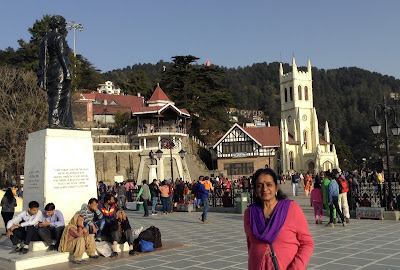 as well as the scenic beauty all around from this high point. 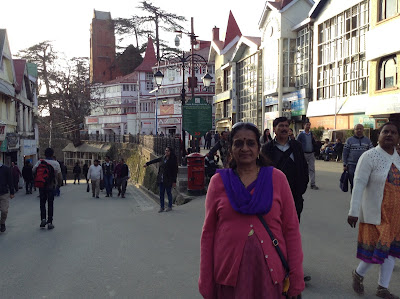 We also clicked pictures at a much publicized intersection. We undertook the long walk to Scandal Point and returned. Vegetable puff and coffee at National Bakers refreshed us and we undertook the half-hour drive to return to our hotel in the small vehicles at 7.30 pm. 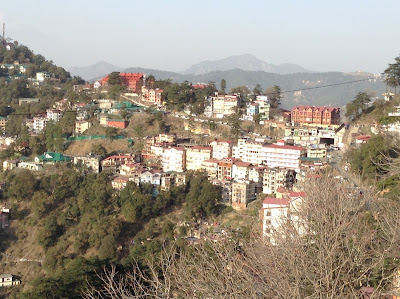 The quaint little city of Shimla was a beauty but I was disappointed as I couldn't get to find apples hanging on trees (wrong choice of season). Surprisingly no snow too - in the last week of March.

The next day we bid goodbye to Shimla and started for Manali.

Posted by brinda.balasubramonian-brins.blogspot.com at 2:25 AM