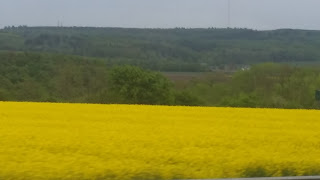 After a drive of more than two hours from Amsterdam we entered Germany. 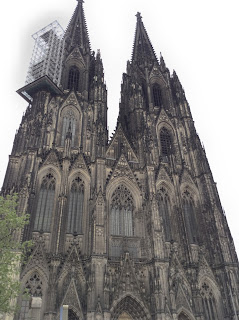 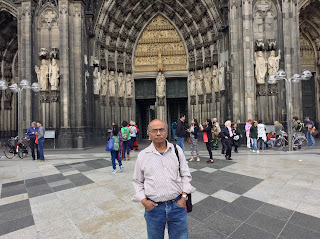 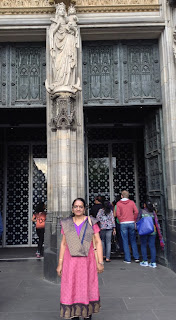 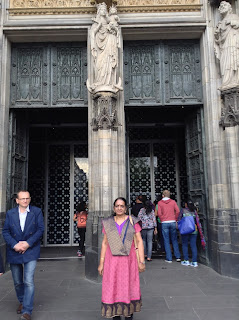 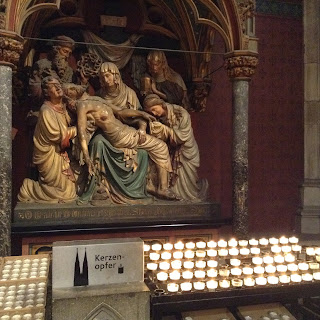 We soon reached Cologne Cathedral after another hour. It was still sunny and we spent twenty minutes moving imposing cathedral with beautiful tall stained windows and sculptures. 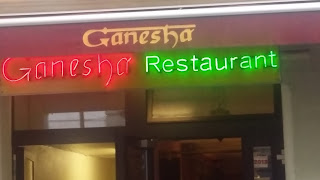 After that we went to Ganesha restaurant for dinner. This was a nice big place owned by Punjabis who were very amiable. By 8 we had checked into Ibis hotel, Bonn. The room was a disappointment - it was the smallest room we had ever seen (in fact I remembered my son warning me before the tour not to expect hotel rooms in Europe to be as spacious as those in the US). Also there was no complimentary items note pad / pen; not even lotion / shampoo / conditioner, just an all-purpose bubble-soap in a fixed holder! As usual, after yet another great day of tour, we were ready to call it a day.

After breakfast at 7 in the hotel, we set off at 8 to explore more of Germany. As we were on our way to Drubba, Titisee, we got to know some more unique facts - about 'autoban - the best roads in the world where minimum speed maintained is a 120 km / hour, petrol cost 1.4 Euros / litre.... 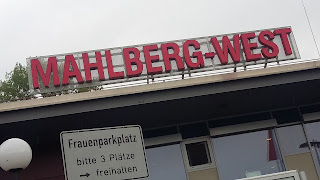 Then our Coach Captain halted at a gas station for restroom break. Some of us did not budge - not because we were told that it was a paid toilet this time ( 0.7 Euros / person) but because we did not need to use the restroom  . Sushant came out with the advice that we use the restroom here as we'd get to see technology at its best. That was enough to get all the 35 out of their seats. Most of us did not have coins. But that wasn't a problem. As we entered, we put our currency and immediately got back the change along with the ticket. We had to show the ticket to enter the restroom. We noticed that the restroom was very neat as usual; what was the technology Sushant was talking about, we wondered. I went in, after use I noticed that as it flushed, the toilet seat rotated and the seat also got washed. Then we got sanitizer for our hands. Cool! That was a well-spent 0.70 Euro! See, these little things too are taken care of by the tour managers - such easily-missed experiences! Needless to say all of thanked Sushant with a big grin. 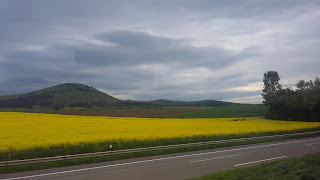 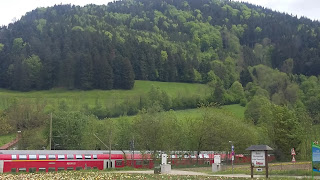 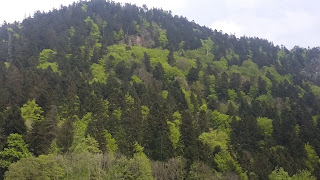 As we continued our drive through the Black Forest, we enjoyed the various shades of green of the thickly wooded area. Soon Sushant played the DVD of the hit Hindi movie 'Dilwale Dulhania Le Jayenge' (DDLJ). All of the seniors had seen it multiple times. But no one was complaining. The kids hadn't seen it and they got hooked on to it (who wouldn't?) from the word go. Sushant briefed us about the places where some of the scenes were shot and said we'd be visiting Switzerland the next day for first-hand DDLJ experiences. We didn't know when we reaced Drubba, Titisee - so engrossed were all of us in the movie - the Europe part of the movie was just over and the scene shifted to India. 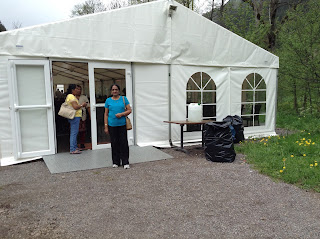 We were to have lunch next to the Cuckoo clock factory - a big tent (shamiana) with tables and chair - owned by one Sohrab. 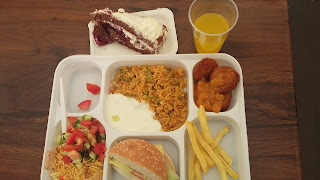 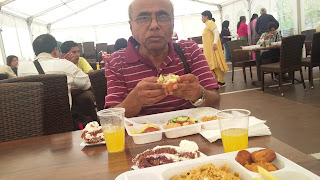 And the menu - it was enough to tingle any palate - buffet lunch of chaat varieties, burgers, masala baath and raita, cutlets and  french fries , and Fanta / Coke. The dessert was - take a guess - yes Black Forest cake, what else? We splurged on the lunch and then went to the cuckoo clock factory. 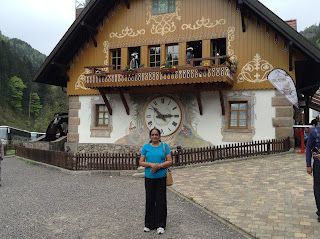 We were in time to watch the big cuckoo clock outside to see it functioning at the stroke of 3. 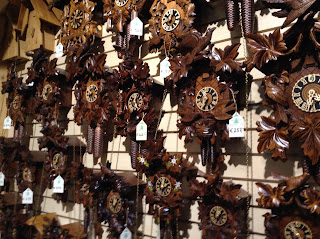 We were amazed to see the number and variety of cuckoo clocks on display and sale there. We were also explained how the clocks were made from lime wood. Clocks were available from 100 Euros onwards. 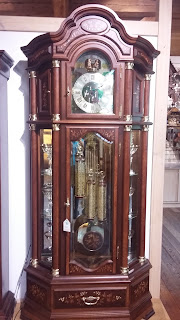 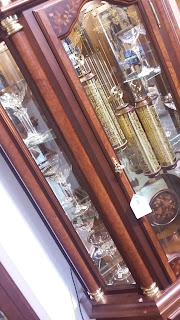 I loved the grand clocks in the range of 4000 - 10,250 E. Of course I didn't buy them; I just said I loved them. I just bought a modest cuckoo clock from there as a souvenir. Some of my  friends bought big ones for their homes / relatives. More than them we were worried how they were going to cart them home.

Next we were driving from Germany to Switzerland.

Posted by brinda.balasubramonian-brins.blogspot.com at 10:26 PM